A big hit of around 40-50 per cent on the profitability of diagnostic companies such as Metropolis Healthcare and Dr Lal Path Labs among others is likely expected, Zee Business Senior Research Analyst Kushal Gupta said in his exclusive research report on Monday. 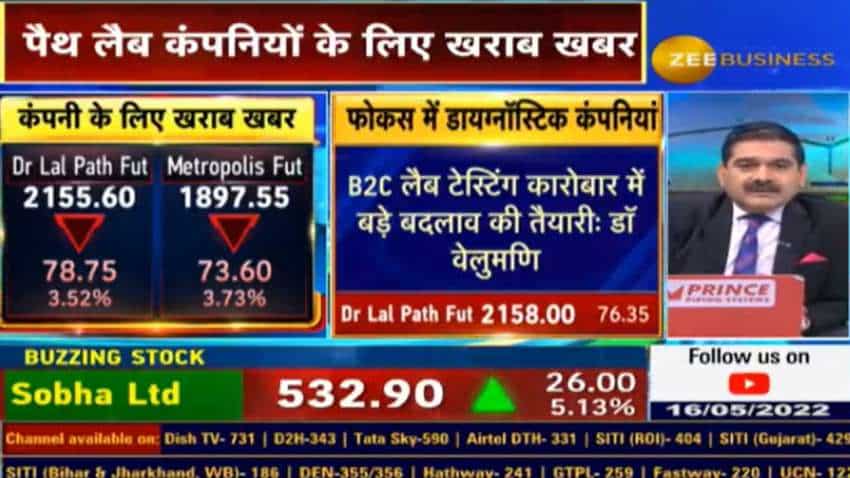 A big hit of around 40-50 per cent on the profitability of diagnostic companies such as Metropolis Healthcare and Dr Lal Path Labs among others is likely expected, Zee Business Senior Research Analyst Kushal Gupta said in his exclusive research report on Monday.

This is mainly on the back of Tata 1mg’s disruption in the sector with a launch of B2C (Business to Consumer) segment. The company on a pilot basis in Bengaluru has launched crucial tests like Thyroid Profile, Liver Function, Lipid Profile, and Diabetes Screening at Rs 100 per test.

Gupta said that Tata 1mg’s app/ website, showed Rs 100 for the Lipid Profile test in Bengaluru, while for the same test Metropolis and Dr Lal were charging around Rs 600 and Rs 960 respectively.

The founder of Thyrocare – Dr A Velumani had tweeted a photo of Tata 1mg’s advertisement and said, “Interesting. New Game starts. What I did was pure BtoB disruption. Which made just middlemen millionaires. Not BtoC. Did not have courage. Did not risk. #AccheDin around for a common man.”

Reacting to Zee Business research on diagnostic companies – Velumani tweeted, “BtoC disruption runway needs $1B (billion) burning each for 1. Reaching to the common man. 2. Neutralizing the negativity of the corrupt medical community 3. Setting up Labs in each District. 4. Operation costs for 5 full years.”

The managing editor Anil Singhvi stated that he has huge respect for Dr Velumain and said, “perhaps he had realized this disruption and hence, sold stakes in Thyrocare to PharmaEasy.” He pointed out that companies such as Metropolis and Dr Lal may see an impact of disruption from Tata 1mg.

He added, “People trust brands like Tata and will want to do any lab-related tests from them rather to any local laboratories.”

Terming this development as disruptive, TradeSwift Director Sandeep Jain said that Tata is proving its mettle across segments be it traditional or new-age businesses. While terming this as a negative news for its peers, Jain said that its true impact in the B2C category need to be accessed.

The market analyst Himanshu Gupta said the chart of Metropolis stock has been bad way before the market oversold. The stock has corrected 50% from its highs of Rs 3500 per share levels, however, it showed a pullback in March by Rs 2500 per share but may go down below Rs 1500 per share.

Similarly, another market analyst Kunal Saraogi mentioned that Dr Lal Path Labs charts were weak too, a breakdown of below Rs 2400 per share levels is seen along with lower peaks. Big support at Rs 1750-1800 per share levels, Saraogi said, adding that more Rs 400 downside is expected in stock.