Accenture q3 results: What does it mean for Indian IT sector; TCS, Infosys among 4 stocks in focus post earnings

Accenture q3 results impact on indian IT sector: ,At $16.159bn, IT giant Accenture Plc reported a revenue growth of 21.8% year-on-year (US$) in the third quarter. 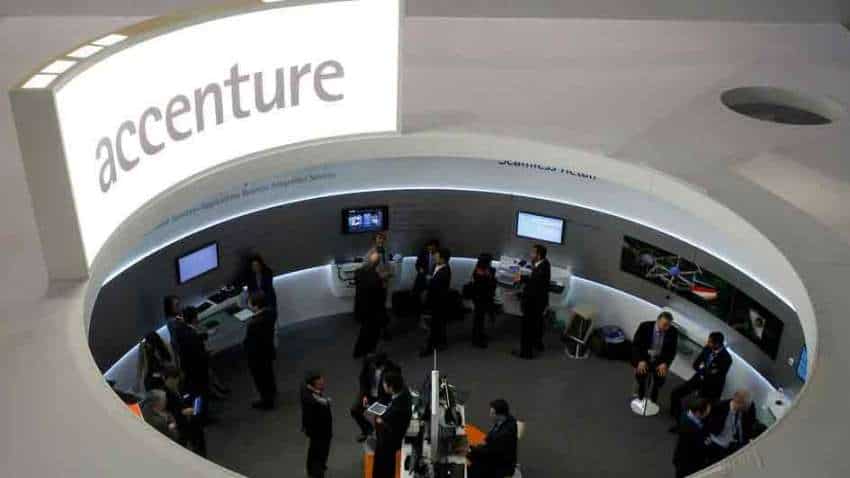 Beating the management’s guidance, the US-based IT major had reported revenues of $16.2 billion, up 22% year-on-year for Q3FY22 on Thursday. Source: Reuters

Accenture q3 results 2022: At $16.159bn, IT giant Accenture Plc reported a revenue growth of 21.8% year-on-year (US$) in the third quarter. However, YoY revenue growth rate moderated as compared to the last two quarters in consulting. Moderation in YoY growth rate was seen across verticals and US region as well. The year-on-year growth in the revenue was largely was due to decent growth across consulting and outsourcing, which stood at 24.4% YoY US$ 18.7% YoY US$ respectively.

Beating the management’s guidance, the US-based IT major had reported revenues of $16.2 billion, up 22% year-on-year for Q3FY22 on Thursday.

As Accenture's revenues beat the management's guidance in the third quarter, what does it mean for Indian IT sector?

ICICI Securities maintained an underweight stance on the Indian IT services due to slowdown in headcount addition and expected high attrition.

Slowdown in headcount addition, decrease in book-to-bill ratio and moderation in revenue growth all point towards normalisation of growth momentum ahead for IT services industry, said the brokerage. "We believe revenue momentum is likely to slowdown in H2FY23 for Indian IT services as enterprises delay new projects amidst macro uncertainties," it said.

The brokerage firm expects attrition to remain at elevated levels (due to wage hikes) and margins to remain muted (high onsite wage inflation) for Indian IT services in H1FY23.

"We believe deployment in the sector should be very slow and gradual as we believe there would be many unknown risks (normalisation of tech spend, downside risk on FY24 revenue growth etc.) ahead, which might further degrade valuation," said ICICI Securities.

On the other hand, brokerage Motilal Oswal had an optimistic view on the sector.

As per the brokerage, the management's commentary suggests that the demand environment remains supportive, and the weakening macro environment has not yet started impacting growth in the sector.

"While supply-side challenges remain a point of concern, with elevated attrition and lower headcount addition, ACN’s margin guidance implies a stable margin performance in FY23. We maintain our positive stance on the sector as we expect sustained growth with stable margin," it said.

Motilal Oswal's preferred picks from the sector were Infosys, HCL Tech, and Tata Consultancy Services (TCS).  We suggest investors to stick with TCS in large cap and Coforge in mid cap, said ICICI Securities while expecting further valuation degradtion of the sector.

Kharif 2022: Paddy area down 13% so far due to deficient rains in West Bengal, Jharkhand, Bihar and Chhattisgarh