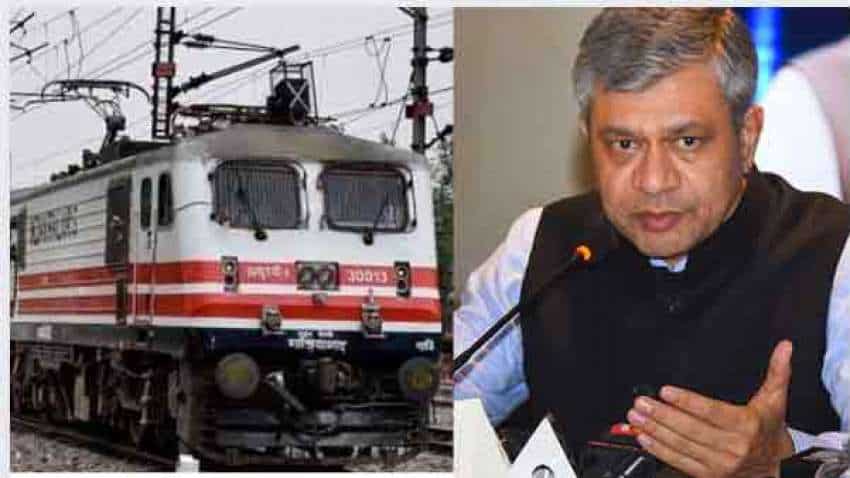 Earlier, in a cabinet meeting last week, apart from approving a 78-day bonus for railway employees, the government had also increased the Dearness allowance (DA) of the Central government employees by 4 per cent

Ahead of Dussehra 2022, the government has approved 78-day production-linked bonus (PLB) for railway employees for 2021-22. The decision is likely to benefit around 11.27 lakh non-gazetted railway employees, excluding RPF/RPSF personnel.

Thanking Prime Minister Narendra Modi, Railway Minister Ashwini Vaishnaw confirmed it with a tweet sharing screenshot of the notification released by the Ministry of Railways on Saturday. "Thanks to PM @narendramodi Ji on behalf of entire rail parivar for sanctioning the productivity-linked bonus for 78 days," the railway minister tweeted.

This payment will be made before Dussehra/puja holidays, bringing smiles to lakhs of families ahead of the festive season.

Thanks to PM @narendramodi Ji on behalf of entire rail parivar for sanctioning the productivity-linked bonus for 78 days. pic.twitter.com/PI3bexCXQC

The financial implication of payment of 78 days' PLB to railway employees has been estimated to be Rs 1,832.09 crores. The wage calculation ceiling prescribed for payment of PLB is Rs 7,000 per month. The maximum amount payable per eligible railway employee is Rs 17,951 for 78 days, the statement said.

The payment of PLB would serve as an incentive and result in motivating a large number of railway employees, particularly those involved in execution and operations of railways, to improve their productivity and ensure safety, speed and service for railway customers, the statement said.

The payment of PLB will also boost the demand in economy in upcoming festival season, it added.

"The Railway employees have played an important role in the performance of passenger and goods services which also acted as catalyst for the economy. In fact, Railway employees ensured uninterrupted movement of essential commodities like food, fertilizer, coal and other items even during the lockdown period. Railways has ensured there is no shortage of such commodities in the area of operations," the statement from the national transporter said.

The railways in the past three years have undertaken a series of steps to regain market share in freight and increase realization in passenger fares through suitable policy initiatives, it said.

As a result, in the current year (2022-23), the railways have regained momentum in receipts, disrupted previously due to the pandemic. In F.Y. 2021-22, the railways achieved incremental freight loading of 184 million tonnes which is the highest ever (Total 1418 million tonnes), it said.

Earlier, in a cabinet meeting last week, apart from approving a 78-day bonus for railway employees, the government had also increased the Dearness allowance (DA) of the Central government employees by 4 per cent, making it 38% from 34% earlier. Besides, the Union Cabinet also gave a go ahead to several projects of railway redevelopment programme and extended benefits of Pradhan Mantri Garib Kalyan Anna Yojana (PM-GKAY) by three months to December 2022.

Railways was the first departmental undertaking of the Government of India, wherein the concept of PLB was introduced in the year 1979-80, as per the Ministry of Railways.

The main consideration at that time was the important role of the Railways as an infrastructural support in the performance of the economy as a whole. In the overall context of Railway working, it was considered desirable to introduce the concept of PLB as against the concept of Bonus on the lines of 'The Payment of Bonus Act -1965'.

Even though the Payment of Bonus Act does not apply to the Railways, yet the broad principles contained in that Act were kept in view for the purpose of determining the "Wage/Pay Ceiling", definition of 'Salary'/'Wage', etc. The PLB Scheme for the Railways came into force from the year 1979-80 and was evolved in consultation with the two recognized Federations namely, All India Railwaymen's Federation and National Federation of Indian Railwaymen and with the approval of the Cabinet. The scheme envisages a review every three years.