It's a good news for homebuyers of Karnataka who are planning to buy flats priced between Rs 35 lakhs to Rs 45 lakhs. 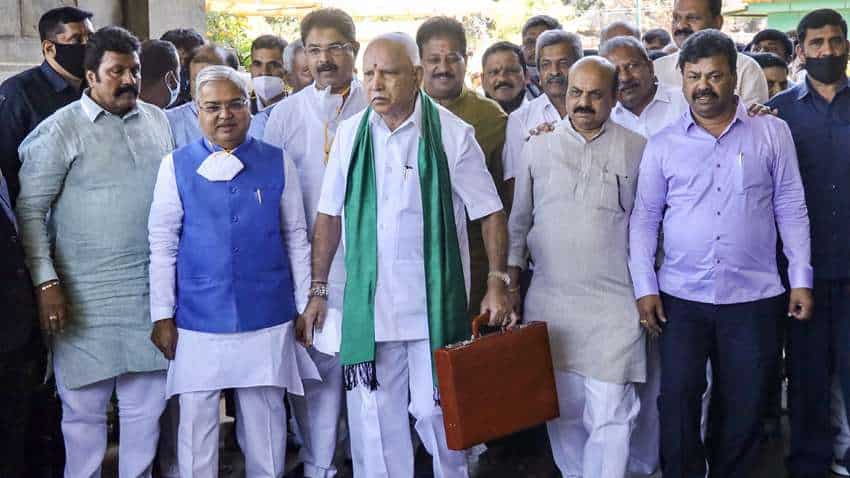 The Budget has set Rs 12,655-crore target for the coming fiscal (2021-22) from the state stamps and registrations department. PTI pic of Karnataka CM BSY.

It's a good news for homebuyers of Karnataka who are planning to buy flats priced between Rs 35 lakhs to Rs 45 lakhs. Presenting the Karnataka Budget 2021, Chief Minister B.S. Yediyurappa on Monday confirmed that Budget for fiscal 2021-22 has reduced stamp duty on buying apartments priced Rs 35-45 lakh to 3 per cent from 5 per cent.

"To promote affordable housing, the stamp duty for registering apartments valued Rs 35-45 lakh is proposed to be reduced to 3 per cent from 5 per cent," said Yediyurappa while presenting the state Budget for the ensuing fiscal.

The Budget has set Rs 12,655-crore target for the coming fiscal (2021-22) from the state stamps and registrations department.

"The department has collected Rs 9,014-crore from stamps and registrations till February from across the state as against the annual target of Rs 12,655 crore for this fiscal (2020-21)," said Yediyurappa.

Karnataka Chief Minister B S Yediyurappa presenting the state budget 2021-22 on Monday, said he has not put the burden of additional taxes on the common people.

"The year 2020-21 due to COVID-19 pandemic has caused untold miseries to the general public. I am not willing to put the burden of additional taxes on the common people," Yediyurappa said. Presenting the Budget 2021-22 in the legislative Assembly, he said, the state government levies Karnataka Sales Tax (KST) on petrol and diesel and it is already lesser compared to the other southern states.

"Despite this in the 2021-22 budget, no taxes including Karnataka State Tax on petrol and diesel has been increased and the budget has been formulated in such a way so as not to increase the financial burden on the common man," he added.

Yediyurappa who also holds the Finance Portfolio presented the state budget, his eighth in the legislative assembly Monday.

The Chief Minister said, the Gross State Domestic Product (GSDP) has seen a fall due to lockdown for controlling the COVID-19 pandemic during the year 2020-21, and as per the initial estimation based on fixed prices the GSDP has contracted by 2.6 per cent in comparison with that of 2019-20.

He further stated that in spite of COVID and occurrence of floods in North Karnataka during 2020-21, growth of 6.4 per cent is observed in the agriculture sector and said however, the industrial and service sector witnessed a decline.

Budget 2023: Why budget's printing was shifted to North Block from Rashtrapati Bhavan?