Who will be India's new finance minister after Arun Jaitley in Modi Cabinet?

Even before the Lok Sabha elections 2019 results were out, there was  much speculation that Finance Minister Arun Jaitley might not be a part of Narendra Modi's Cabinet due to health issues, a development senior Bharatiya Janata Party (BJP) leader confirmed on Wednesday afternoon with a tweet. 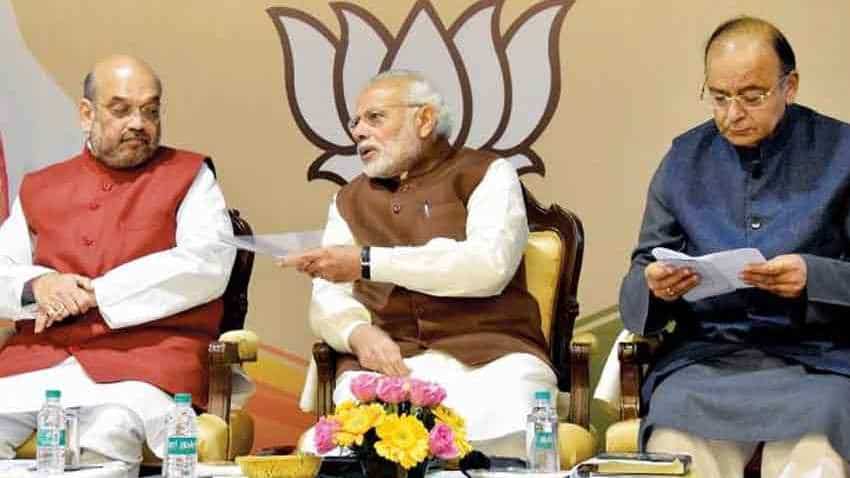 Even before the Lok Sabha elections 2019 results were out, there was  much speculation that Finance Minister Arun Jaitley might not be a part of Narendra Modi's Cabinet due to health issues, a development senior Bharatiya Janata Party (BJP) leader confirmed on Wednesday afternoon with a tweet. In a letter written to Prime Minister Narendra Modi, Jaitley said that he does not want to be a minister in the new BJP government due to health reasons. In the four-paragraph of the letter, Jaitley said he had orally informed PM Modi about his desire not to be a part of the new BJP government to enable him to concentrate on treatment and health.

"I am writing to you to formally request you that I should be allowed a reasonable time for myself, my treatment and my health, and therefore, not be a part of any responsibility, for the present, in the new government," he wrote. Jaitley is regarded as Narendra Modi's original 'Chanakya', his chief trouble-shooter.

He has remained a key member of the Modi cabinet ever since taking over at the finance ministry in 2014. In the past five years, Jaitley not only steered through parliament major economic legislation such as a nationwide goods and services tax - which had languished for nearly two decades - but also argued for the government`s bid to end the Muslim instant divorce practice known as "triple talaq".

Jaitley's importance in the Modi cabinet can be understood from the fact that he was given three ministries when he first took office and later, took additional charge of the defence ministry when Manohar Parrikar became the Goa chief minister. The 66-year-old is a diabetic and had to skip the interim budget in February when he was in hospital in the United States, getting cancer treatment. He even had a kidney transplant in May last year.

Who can fill Jaitley's big boots?

The other major candidate in the running for the post of finance minister was Railways and Coal minister Piyush Goyal. Goyal has taken up the role twice when Jaitley was ill and has also served on the board of India’s largest commercial bank, the State Bank of India, and the Bank of Baroda. He is a trained chartered accountant who presented the last interim budget and suggested more tax cuts for the salaried class if the ruling Bharatiya Janata Party (BJP) retains power.

Who is Neera Tanden? All you need to know about Indian American likely to be Joe Biden's Budget chief