Venkaiah Naidu Farewell Speech: Former Vice President M Venkaiah Naidu who has demitted office on Monday. Some of the things he said during his 10-minute farewell speech while addressing his farewell function organised by the members of Parliament in the Parliament House complex 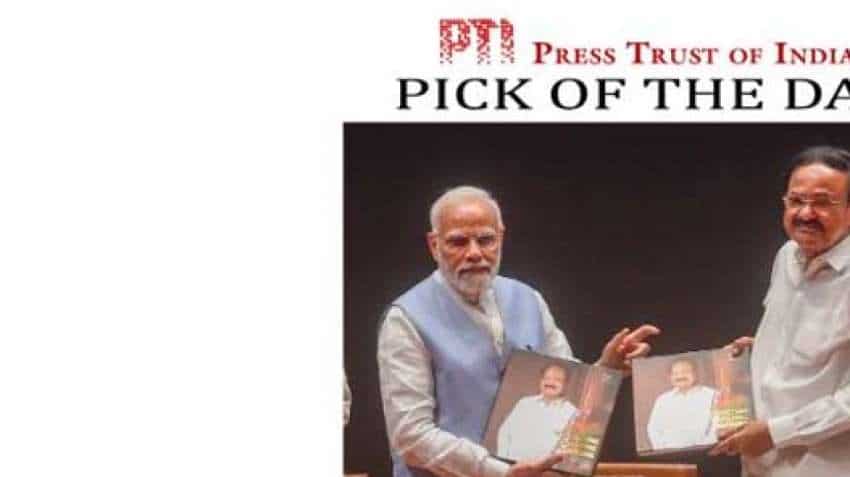 "People want the house to discuss, debate and decide - 3D's. They do not want the other D, that is disruption."

Former Vice President M Venkaiah Naidu who has demitted office had a word of advice for the government and the Opposition when he said in a democracy, there should be tolerance towards people's mandate and members of the treasury benches in Parliament should let the other side have its say. Some of the things he said during his 10-minute farewell speech while addressing his farewell function organised by the members of Parliament in the Parliament House complex.

1) If you don't have patience, you will become a patient

2) Let the Opposition have its say, then the government will have its way because it has the majority....This is my advice

3) In his address, he recalled his association with BJP veterans Atal Bihari Vajpayee and L K Advani, saying he considers them as "next to god".

4) Talking about speculation that he aspired to become the President, Naidu made it clear in his farwell speech, "I am not of that type, people now often talk - either president, otherwise dissident or a resident. I am not going to do all these three." "I never aspired to be the president, will never become a dissident and will never be confined to the residence," he said, adding," I would be moving around, going around, meeting you all, greeting you all and talking to you on larger issues."

5) "The normal feeling about politicians...Respect is declining everywhere and this is because the value systems are declining. Keep that in mind and try to do your bit," he said advising parliamentarians to follow high standards.

6) The vice president said he is proud of his humble background as he comes from a farmer family -- "kisan" -- and recalled how he had to walk for kilometres to reach school.

7) "People want the house to discuss, debate and decide - 3D's. They do not want the other D, that is disruption."

8) Naidu said whatever feedback he gets from the people, he passes it on to the prime minister. He said he cannot breach protocol and only informs the PM of the inputs.

9) Referring to the growth story of India, the outgoing vice president said some people are unable to "digest" the growth of the country. Some of the western countries are unable to digest the fact and suffer from "indigestion", he said.

10) Naidu said he had "no ill will against anybody or any party from the day he occupied the chair.

A farewell message on behalf of the Rajya Sabha members was presented to Naidu by Harivansh.

In the message, the members of the Upper House said: "As an immaculate wordsmith, you (Naidu) have often added a dash of humour when tensions ran high by weaving words together in a rhyming but meaningful way. Your oratorical brilliance laced with instant wit and humour makes you one of the finest speakers we have witnessed in our parliamentary polity in recent times."

"Sir, we are beholden to you for deftly steering the functioning of the House during the unprecedented Covid pandemic. Your concerns in ensuring our personal health and safety during the difficult time while making the House functional will be remembered for times to come," it read.

Submit your applications online for affordable houses from tomorrow