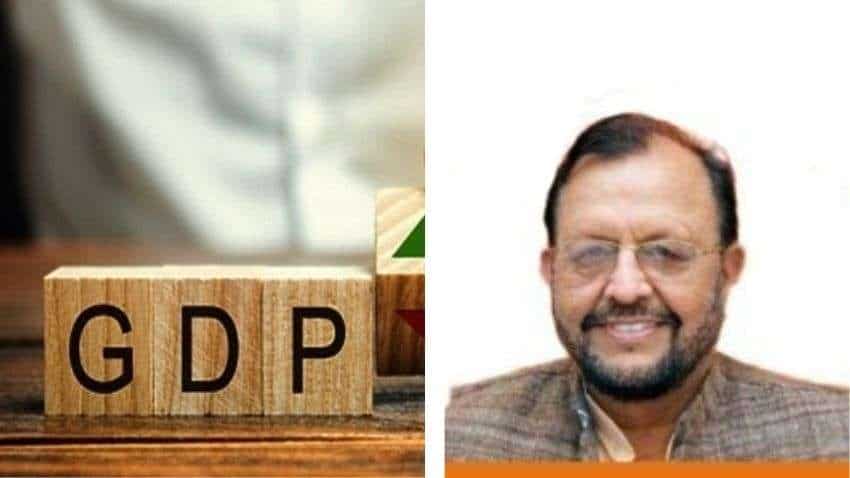 Despite the COVID-19 pandemic, Uttar Pradesh has achieved much better financial management. In the year 2016-17, when the BJP government was formed in the state, the GSDP of the state was Rs 12.47 lakh crore. At present, it has reached the level of Rs 17.49 lakh crore. In this way, there has been an increase of about 40 per cent in the last five years, Khanna told reporters here.

Along with this, the credit deposit ratio of the state has also increased. When the BJP government came to power five years ago, this ratio was 46 per cent and now, it has increased by six per cent, he noted.

The minister said that the 100 days programme announced by his department includes a loan disbursal of Rs 21 thousand crore to the eligible people under various heads and this work has already started.

In the next six months, a loan of Rs 51,000 crore and in the next five years, Rs 2 lakh crore would be disbursed, he said.

More than 90 thousand banking outlets have been opened in the state during the last five years, which also include Bank Mitras and Bank Sakhis, he said.

About 1,14,882 Bank Mitras and Bank Sakhis help the general public in this banking system, the minister added.

To increase the banking facility in the state, the government has decided to set up 700 bank branches and 700 ATMs in the coming days, the minister said.
Khanna said that digital transactions have also improved in Uttar Pradesh. In 2021-22 till December, digital transactions of Rs 268 crore were done, which was only Rs 122.84 crore in the year 2017-18.

He also said that there has also been a significant increase in the number of bank accounts in the state through the Pradhan Mantri Jan-Dhan Yojana.

In this case, Uttar Pradesh is at the number one spot, he added.

There are seven crore 90 lakh beneficiaries of this scheme in the state till 2022, whereas five years ago their number was four crore 47 lakh. At present, an amount of Rs 33,493 crore is deposited in Jan Dhan accounts in the state.

Khanna said that the scheme for street vendors under the Prime Minister Svanidhi was the most successful in Uttar Pradesh. Apart from this, the state also topped in Atal Pension Yojana.

UP staring at more power cuts from Tuesday; here is why!