The outperformance of PSBs has continued in the April - June quarter 2021 as well. Overall profits in this quarter have been at Rs 14,012 crore and operational profits, fee income as well as treasury income has continued to see robust growth. 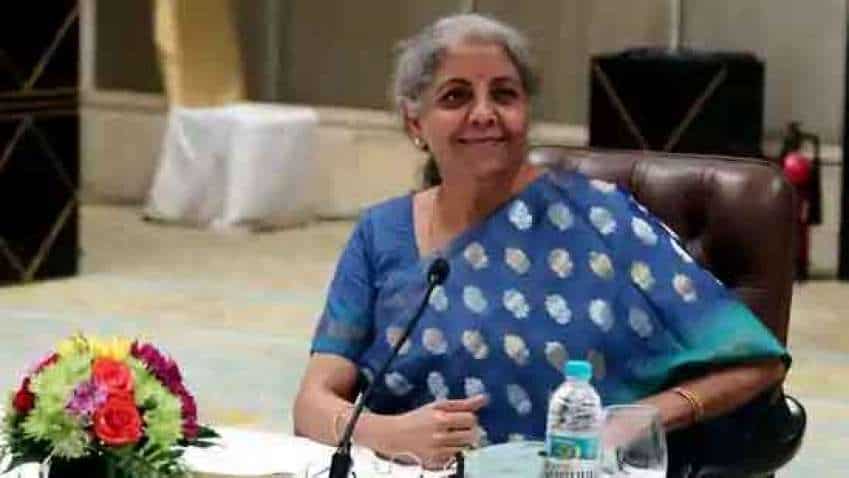 In a turnaround story, the Public Sector Banks (PSBs) marked return to profit after 5 years. The PSBs registered a profit of Rs 31,820 crore in a challenging year marred with Covid 19 pandemic. This was revealed during a review meeting of PSBs by Union Minister of Finance and Corporate Affairs Nirmala Sitharaman with their Chief Executives in Mumbai on Wednesday, August 26, 2021.

The outperformance of PSBs has continued in the April - June quarter 2021 as well. Overall profits in this quarter have been at Rs 14,012 crore and operational profits, fee income as well as treasury income has continued to see robust growth. This performance by PSBs is despite wide-spread disruptions caused by COVID-19 pandemic. Faith of markets in PSBs has become stronger with over Rs. 7,800 crore being raised as equity in the first five months of this year, as against Rs. 10,543 crore in all of last year. Amalgamations have happened and the benefits are coming through in terms of greater efficiency, more professionalism, lower cost and stronger capital buffers.

The review noted that the Government’s 4R strategy of Recognition, Resolution, Recapitalization and Reform as a response to the situation prevailing in 2014 had led to dramatic improvements at PSBs in 2020-21 on various parameters of profitability, capital adequacy, NPA reduction, checks on occurrence of fraud and mobilisation of funds from the market.

As part of the interaction with MDs of PSBs, the Finance Minister highlighted the need for a sharper focus on customer service, credit growth to support MSMEs and underserved segments, as well as credit for national initiatives for infrastructure, PLI scheme and exports. Smt. Sitharaman particularly emphasised the necessity of making co-lending work for enhancing the reach of affordable credit especially to MSME and retail. Alongside, continued efforts were needed in recovery and in technology particularly in digital lending and innovation. The push towards financial inclusion had led to substantial gains but these efforts need to be sustained especially in the context of increasing use of technology. The finance minister exhorted PSBs to constantly strive towards ensuring that all Government announcements benefit the last man and woman on the street.

Sitharaman directed banks to interact with export promotion agencies as well as with bodies of industry and commerce so that the requirements of exporters can be timely addressed. The banks were directed to interact regularly with the Federation of Indian Exporters Organisation (FIEO) so the exporters don't have to shuttle between various bankers.

The Finance Minister highlighted that with the current changed times, industries now have the option of raising funds even from outside the banking sector. Banks themselves are raising funds through various avenues. These new aspects need to be studied to target credit where it is needed, She said. Sitharaman also highlighted that banks can play a crucial role by hand-holding industries from a particular sector to enable them to become an exporter and thereby play an important role in assisting the One District One Product scheme.

Sitharaman pointed out that as suggested by Prime Minister Shri Narendra Modi, banks need to cater to the demands of the organic fruit sector of the North-East.

Regarding the North-East region of the country in particular, the Finance Minister said that the logistics and export needs of North-Eastern states need to be looked after individually. The Finance Minister added that CASA deposits are piling up in Eastern States and that banks should provide a facility of greater credit expansion in that region.

Overall, Sitharaman asked banks to work closely with State Governments to ensure credit reaches those in need of it. Regarding credit outreach, the Finance Minister said that between October 2019 and March 2021, banks had conducted an outreach programme and had distributed Rs 4.94 lakh crore of loans, and exhorted public sector banks to conduct a similar exercise this year as well.

At PSBs, the improvement in customer service and reach of PSBs has been enabled by adoption of digital banking, digital lending, feature-rich Mobile and Internet banking, more customer-friendly features and regional language customer-interface. Digital retail loan request initiation through digital channels has been enabled in larger PSBs, with retail disbursements from loan requests so initiated in the FY2020-21 amounting to Rs. 40,819 crore. Customer-need-driven, analytics-based credit offers have been given an impetus, resulting in Rs. 49,777 crore of fresh retail loan disbursements by the seven larger PSBs in FY2020-21. As a result, nearly 72% of financial transactions of PSBs are now done through digital channels, with doubling of customers active on digital channels from 3.4 crore in FY2019-20 to 7.6 crore in FY2020-21.

During the pandemic, PSBs, private banks and NBFCs supported over 1.16 crore borrowers through the Emergency Credit Line Guarantee Scheme (ECLGS) alone. The success of ECLGS led to the Government increasing the ECLGS to Rs. 4.5 lakh crore as part of the announcements made on June 28, 2021. Alongside, there have been other initiatives such as the Guarantee Scheme for MFIs and for Capital Expenditure (CAPEX) in the health sector. The MFI scheme, for instance, has already sanctioned almost Rs. 1,000 crore just last week, the “Ubharte Sitare Scheme” was launched for identifying potential Mid sized and Small companies as our new champions in exports.

At the PSBs review, the Finance Minister also launched the Enhanced Access and Service Excellence (EASE) 4.0 Reforms Agenda for FY2021-22 and released the Annual Report for EASE 3.0 (FY2020-21).