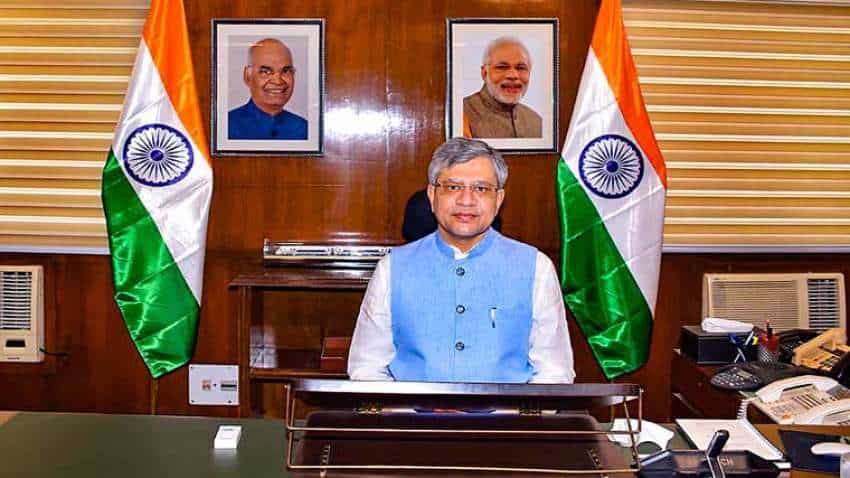 In a first, the Department of Telecom (DoT) issued spectrum assignment letters on the same day the successful bidders of radio waves made upfront payments. Source: PTI

In a first, the Department of Telecom (DoT) issued spectrum assignment letters on the same day the successful bidders of radio waves made upfront payments.

The DoT has received payment of around Rs 17,876 crore from service providers -- Bharti Airtel, Reliance Jio, Adani Data Networks and Vodafone Idea for the spectrum they won in a recent auction.

The country's biggest ever auction of telecom spectrum received a record Rs 1.5 lakh crore worth of bids, with Mukesh Ambani's Jio cornering nearly half of all the airwaves sold with an Rs 87,946.93 crore bid.

Bharti Enterprises founder and chairman Sunil Bharti Mittal said that his company Bharti Airtel received a spectrum allocation letter within a few hours of making an upfront payment to the DoT.

"In my over 30 years of first-hand experience with DoT, this is a first! Business as it should be. Leadership at work-Right at the top and at the helm of telecom. What a Change! Change that can transform this nation power its dreams to be a developed nation," Mittal said.

Airtel acquired 19,867.8 MHz spectrum by securing a pan-India footprint of 3.5 GHz and 26 GHz bands and selected purchase of radio waves in the low and mid-band spectrum for Rs 43,039.63 crore.

"Airtel paid Rs 8,312.4 crore towards spectrum dues and was provided the allocation letter for the designated frequency bands within hours.

"E band allocation was given along with spectrum as promised. No Fuss, No Follow Up, No running around the corridors and No tall claims. This is ease of doing business at work in its full glory," Mittal said.

Airtel has said that it will launch the 5G service this month.

Richest Indian Gautam Adani's group has placed bids worth Rs 211.86 crore for 400 MHz in a band that is not used for offering public telephony services.

"On August 8, 2022, Adani Data Networks Ltd made a payment of Rs 18.9 crore to the Department of Telecommunications (Wireless Planning & Coordination Wing). This is the first of 20 equal annual instalments," Adani Group spokesperson said.

Confederation of Indian Industry (CII) said that approval processes across central ministries are getting speedier and more seamless.

"A series of facilitative reforms, aimed at rationalisation and digitisation of regulatory processes and procedures, have started yielding results at the ground level. The reform measures encompass the entire life cycle of a business, from start to exit, dealing with all crucial components of ease of doing business," CII Director General Chandrajit Banerjee said.

Assocham Secretary General Deepak Sood said that India's ease of doing business, as explicitly evident in the seamless and expeditious auction and allocation of the 5G spectrum, has improved significantly in the last few years.

"A series of reforms, coupled with a transparent regulatory environment under the dynamic leadership of Prime Minister Narendra Modi, has resulted in an EODB, which is being noted by global and domestic investors," Sood said.

Users willing to shell out up to 45% premium for 5G plans: Ericsson's study