Telecom tariff hike is needed as the current rates are "unsustainable" and market conditions will be seen before a call is taken, telecom czar and chairman of Bharti Airtel Sunil Mittal has said 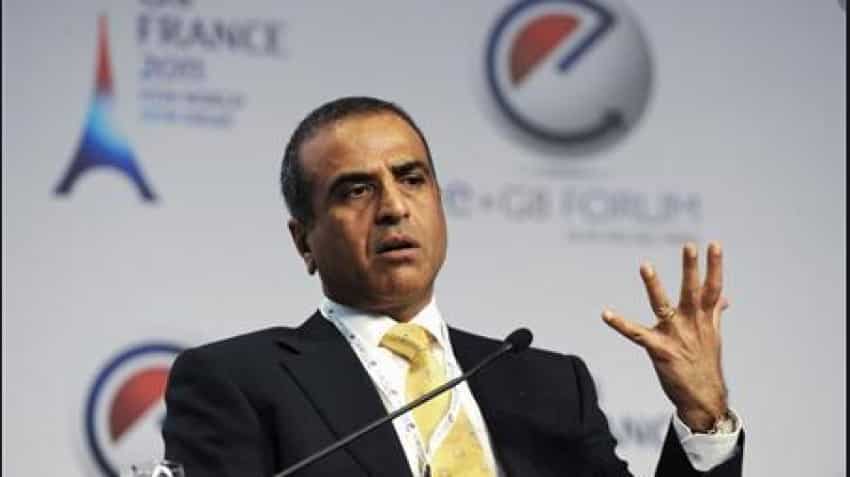 Where tariffs are concerned, the company has already taken a clear stance on the issue, he said adding that Airtel is of the firm view that tariffs need go up. Source: Reuters

Telecom tariff hike is needed as the current rates are "unsustainable" and market conditions will be seen before a call is taken, telecom czar and chairman of Bharti Airtel Sunil Mittal has said.

On the issue of whether or not Chinese telecom equipment vendors will be allowed to participate in next-generation 5G networks, Mittal said the larger question is that of the nation's decision and asserted "what the country decides will be accepted by everyone".

Where tariffs are concerned, the company has already taken a clear stance on the issue, he said adding that Airtel is of the firm view that tariffs need go up.

"...Current tariffs are unsustainable but Airtel cannot move without the industry moving or the regulator moving," Mittal told PTI in an interview.

Industry needs a tariff hike at some point in time, he said adding "we will have to see the market conditions to do it".

Mittal was replying to a question on the timing for what seems to be an imminent industry-wide tariff hike in the Indian market and whether Airtel will initiate it or wait for rivals to make their first move.

It is pertinent to mention that in August this year, Mittal had described 16 GB data consumption a month for Rs 160 as a tragedy. The company has maintained that Average Revenue Per User (ARPU) should rise to Rs 200 and eventually to Rs 300 for a sustainable business model. Bharti Airtel's mobile ARPU stood at Rs 162 for the September quarter from Rs 128 in Q2 FY20, and Rs 157 in the preceding June quarter.

The Bharti Group supremo - who has time and again drawn attention to the high taxes and levies in the sector - further said that telecom being a "high capital-intensive industry" required a steady flow investments into networks, spectrum, towers and technology and it was therefore important for the industry to be "sustainable".

"This industry needs tonnes of money, it is a high capital-intensive industry...Buying spectrum, putting out networks, fibre, radio, towers...This is a continuously investing industry," Mittal said.

Unlike setting up of steel or power plants, or refineries, the telecom sector needs a continuous and recurring infusion of capital.

"You have to, every year, spend billions of dollars afresh to get new technology, more coverage, more capacity...So this industry needs to be sustainable. Government wants India to be Digital India, and people to be connected. I think we will have to leave it in their safe hands," he said.

As it is, the telecom policy and new digital communications policy states that revenue maximisation is not the objective, he added.

On the issue of Adjusted Gross Revenue (AGR) and the recent difference of opinion that has cropped up between Telecom Department and the company on when the next tranche of payment is due, Mittal pointed out that Airtel had already paid Rs 18,000 crore, "significantly more than anyone else".

"We have paid Rs 18,000 crore...Whatever they decide...We have paid significantly more than anyone else...So we will see, when final decision comes," he said.

Mittal said that 5G spectrum prices are "unaffordable" but, in the same breath added that India has ample time for its 5G road map.

"5G spectrum prices currently are unaffordable and India has the time. Nobody in world is far on 5G...Even countries in Europe...The UK, the US...5G coverage is still very sparse. So we are okay, India is not behind," he said.

Asked when he expects full-fledged 5G rollouts in India, Mittal said, "The point is, when you need it...Connected cars, robotic surgeries, that is what it is needed for. So, do we really have that on fire, at the moment? I don't think so."

To a question on whether 2G will continue to exist in India even with the advent of newer generation of technologies, Mittal said Airtel has already switched off entire 3G layer and will keep on moving 2G customers to 4G.

"As soon as we can, we will keep on moving our 2G customers to 4G, that process is going on. That's the process, it just keeps happening evolutionary, organically, just every month," Mittal added.

On whether Chinese telecom equipment companies will be allowed to participate in 5G, Mittal said: "It is not question of being allowed or not being allowed. It is question of country's decision...Whatever the country decides, will be accepted by everyone".