The Supreme Court on Monday expressed concern at state governments grappling with various issues in connection with Rs 50,000 ex-gratia distribution to next of kin of Covid victims. 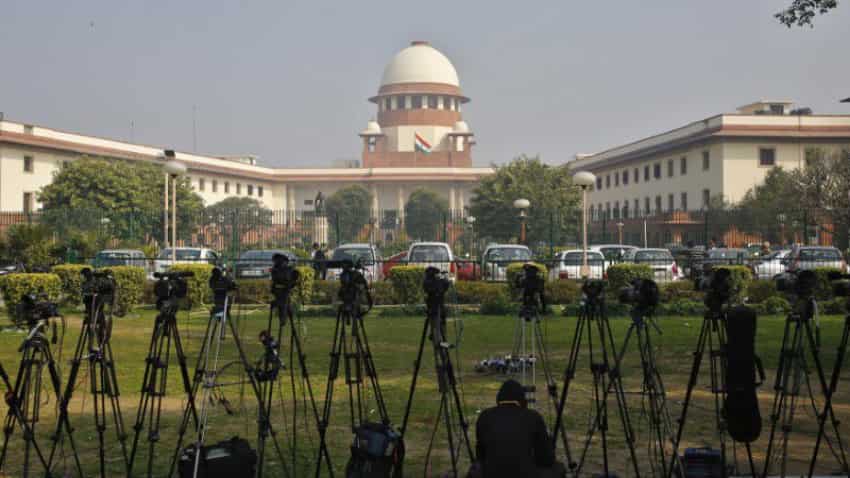 The Supreme Court on Monday expressed concern at state governments grappling with various issues in connection with Rs 50,000 ex-gratia distribution to next of kin of Covid victims.

The Kerala government could not identify next of kin of Covid victims, many state governments have registered low numbers of claims for Covid compensation, and Maharashtra government has not provided information on claims forms received.

On November 22, the top court asked the Centre to bring on record data from various state governments in connection with ex-gratia distribution for Covid deaths and also provide information on setting up of grievance redressal committees.

It asked governments to give wider publicity to the Covid compensation scheme, as many people who have lost their family members to the viral infection, may not be aware about it and also set up an online system to register for compensation.

Taking into consideration Centre`s affidavit on Covid claims, a bench of Justices M.R. Shah and B.V. Nagarathna noted in Kerala, 38,737 deaths were recorded and 6,116 claim forms were received, but amount disbursed is nil, due to lack of clarity on next of kin who can receive the ex-gratia.

In Maharashtra, 1,40,807 deaths were recorded, however according to data submitted to Centre, information on claims forms received was not provided, and also amount disbursed was none, due to non release of the web application.

Mehta submitted: "In Gujarat, 10,000 deaths have been reported on the portal. We have started making payment in direct benefit transfer mode."

The bench said: "We`ll issue notice to a few states -- Maharashtra, Haryana, Kerala... 3-4 states and ask them to file a detailed affidavit."

Mehta, representing the Gujarat government, submitted that an online portal is being set up to facilitate the disbursal process and it would be given wide publicity.

The bench also pointed out that there are several difficulties in physically applying for the compensation.

"A person in a remote village. He has to go to a district place, Collector`s place... And you know an intermediary person will also be there. He will take advantage."

As this, Mehta said a portal will be designed and information will be published on it. He added: "We will have an online portal in two weeks."

The bench said once data collection is streamlined, then there is a possibility that the number of claims may increase manifold. Citing Andhra Pradesh`s data, it said that 14,431 deaths were recorded and 23,868 claims made, which is much more than the deaths recorded.

It further added that might be due to its order that the claimant can file for compensation if the RT-PCR report was positive and the person died within a period of 30 days, irrespective of the cause mentioned in the death certificate.

"Number of claimants is likely to increase in other states also.."

The top court directed the Chief Secretaries of states to furnish full particulars to the Centre, the Ministry of Home Affairs, and the Disaster Management Authority, and scheduled the matter for further hearing on December 6.

The Supreme Court in its October 4 judgment, had approved Rs 50,000, ex-gratia for the kin of Covid victims, which was recommended by the National Disaster Management Authority. The order was passed on the plea of advocate Gaurav Kumar Bansal.