Sooner or later states will have to bring petroleum under GST, says Arun Jaitley 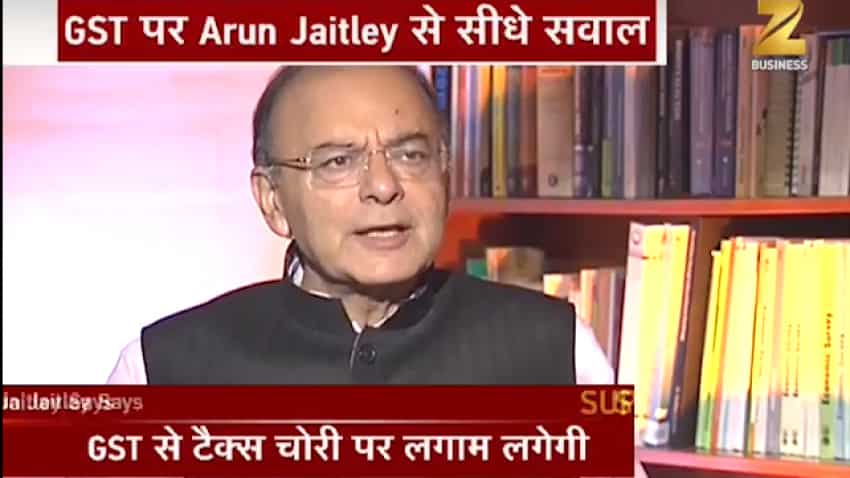 Finance Minister Arun Jaitley told Mihir Bhatt, Editor, Zee Business, in an exclusive conversation that states, sooner or later, will have to agree to bring real estate and petroleum products under the ambit of GST.

With just two days to go for the formal launch of Goods and Services tax (GST) in the country, Finance Minister Arun Jaitley told Mihir Bhatt, Editor, Zee Business, in an exclusive conversation that states, sooner or later, will have to agree to bring real estate and petroleum products under the ambit of GST.

Jaitley said, "Revenue evasion in real estate is massive. Also, it is in interest of states that petroleum be quickly brought into GST," adding, "I feel that when GSTN stabilises and people see its benefits, they will naturally want to bring petroleum products and real estate under the ambit of GST."

Jaitley further said that GST will not be inflationary as the tax rates are reasonable and spread over the entire basket of products. He said, "The character of GST is not inflationary but there is a possibility that tax collection could increase."

He further said that the Government could not go for lesser than four tax slabs (5%, 12%, 18% and 28%) as that could have caused inflation. One or two tax slabs would have meant putting a lower taxed product intoa higher category that could have added to inflation, Jaitly opined.

Secondly, Jaitley said, the Government did not want to create a situation where poor and rich would pay similar taxes. "Products that are consumed by poor must  be taxed low wile luxury products can be taxed higher," he said.

Jaitley said that any change in status-quo is called disruption. With GST, people just have to make an entry on to their computer instead of going to their Chartered Accountants. "Yes, there will be hiccups like IT systems may get overloaded but those issues are also resolved within hours. Apart from this, the way business is done in India will change and lastly, tax evasion will not be possible because of GST’s checks and balances."