When asked about becoming Sebi chief, Tyagi, earlier this month, said, "It is a big responsibility and I look forward to handling it". 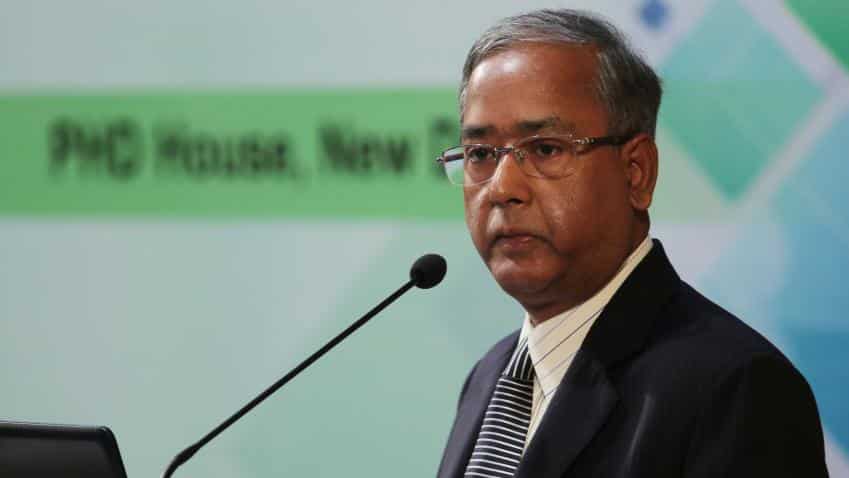 On Monday, Sinha said the regulator has worked hard on "cleansing of markets". Photo: IANS

Regulator Sebi will see a change of guard today with senior IAS officer Ajay Tyagi taking over the chairmanship from U K Sinha, who is leaving with "good memories" after a six-year tenure marked with 'harsh' actions against defaulters and several reforms in capital markets.

Sinha, who turns 65 next month, never minced words in his retort when he was criticised for being too tough in handling market manipulation, corporate governance lapses or other defaults and said those calling Sebi 'activist' and 'dragon' should actually fear activism and powers of their investors.

While Sinha had to deal with a number of high-profile cases, including those involving large corporates, illicit fund-mobilisation schemes and even some exchanges, Tyagi will also have his plate full in taking forward the reform agenda and to bring to conclusion quite a few pending investigations.

Tyagi, a 1984 batch IAS officer of Himachal Pradesh cadre who has handled capital markets division in the Finance Ministry and is known to keep a low profile, would take charge at a time when Sebi is working on ways to strengthen mechanism to prevent misuse of algo or high frequency trades and have robust norms with regard to social media.

When asked about becoming Sebi chief, Tyagi, earlier this month, said, "It is a big responsibility and I look forward to handling it".

During Sinha's six-year long tenure, which is the second longest after D R Mehta's seven-year term from 1995 to 2002, Sebi set the ball rolling on a raft of reforms, bolstered safeguards for investors, clamped down on Sahara, Saradha and Rose Valley groups, forced many ponzi activities to close and cracked the whip on wilful defaulters, including Vijay Mallya.

Under his stewardship, the regulator has been fighting a prolonged battle with conglomerate Sahara over illegal money pooling activities, a case that also saw Subrata Roy going behind the bars.

Another key event was the merger of Forward Market Commission (FMC) with the Securities Exchange Board of India (Sebi) that came into effect in late 2015, making it a composite regulator for the entire capital market space.

Sinha counts the absence of launch of even a single Real Estate or Infrastructure Investment Trusts during his tenure as a significant regret.

"He has been credited for cleaning up the initial public offering market and reviving the mutual fund sector which have brought back the retail investors in the stock market. Sebi has fast tracked IPO process and also reduced the time taken for a listing," Chauhan said.

He also noted the SME listing process and the initiatives in that regard were formalised under the guidance of Sinha.

Sinha, a 1976 batch IAS officer of Bihar cadre, took over the reins of Sebi on February 18, 2011, and was later given a two-year extension. Days before his tenure was to come to an end, he received another extension in February 2016 and that stint is till March 1, 2017.

In recent years, Sebi also saw most of the decisions by Securities Appellate Tribunal (SAT) on appeals filed against its order going in favour of the regulator. This touched a record high of 94 per cent in 2015-16.

Tyagi has diverse experience at the Centre. He was Joint Secretary in Ministry of Environment, Forest and Climate Change before joining Finance Ministry in November 2014 as Additional Secretary. He has also worked in ministries of Petroleum and Natural Gas, Steel and Rural Development.

58-year-old Tyagi, who hails from Uttar Pradesh, is a Post Graduate in Economics. He did Master's in Public Administration from Harvard and holds Master's degree in Technology (Computer Science), as per his official resume.

While advocating the need for "uniform treatment", Sinha steered the regulator through various phases of reforms, including stricter regulatory requirements for corporate disclosures, mutual fund houses and investment advisors, among other market participants.

Unfazed by brick bats coming in the way of Sebi, Sinha took on critics on various occasions, including in his swan song press meet on Monday where he asserted that there is nothing to be shy about taking "harsh" actions against violators.

On Monday, Sinha said the regulator has worked hard on "cleansing of markets" and all potential instruments of manipulation, including defunct regional stock exchanges, have been closed down.

"One of my significant regrets is that I could not see a REIT or InvIT being launched during my time. I was hoping and hoping that I will be able to see it...," Sinha said during a press meet here.

"I am sure that in less than two months from now, the first InvIT will be launched. This is the feedback I am getting from the participants...," he had said.

Regulations for InvITs and REITs (Real Estate Investment Trusts), which are popular in some advanced markets, were notified back in 2014.

Meanwhile, Sebi is looking at imposing a bigger penalty for misuse of high-speed algo trades as also "following up" on full implementation of directions it issued in the case involving NSE.

SEBI needs to be tough but not disruptive: former chief Sinha

Sebi to reduce listing time on exchanges from T6 to T4: UK Sinha