PM Modi said, "In spite of having several rivers, these regions came to be known as the most thirsty & drought-affected regions." 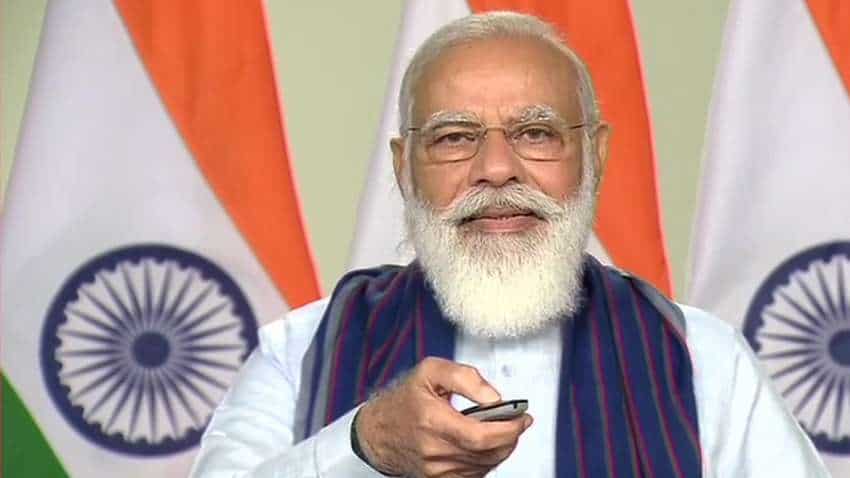 The projects will provide household tap water connections in all rural households of 2,995 villages and will benefit about 42 lakh population of these districts.

Speaking on the occasion, PM Narendra Modi said, "It's been over a year of 'Har Ghar Jal' scheme. Over 2.60 cr families provided access to clean drinking water through taps at their homes. Projects started today will further speed it up."

Further, PM Modi said, "Be it Vindhyachal or Bundelkhand, despite having a lot of resources, these regions became regions of deficiencies. In spite of having several rivers, these regions came to be known as the most thirsty & drought-affected regions. So many people were forced to migrate from here."

Also, present on the occasion, UP CM Yogi Adityanath said, "In 70 years drinking water supply projects could be regulated only in 398 villages in Vindhya region. Today we're here to take forward such projects in over 3000 villages of the region."

- The projects will provide household tap water connections in all rural households of 2,995 villages and will benefit about 42 lakh population of these districts.

- Village Water and Sanitation Committees/ Paani Samiti have been constituted in all these villages, who will shoulder the responsibility of operation and maintenance.

- The projects are planned to be completed in 24 months.

-Announced on 15 August, 2019 by the Prime Minister from the ramparts of Red Fort, Jal Jeevan Mission aims to provide functional household tap connections to every rural home of the country by 2024.

-At the time of announcement of the mission in August, 2019, out of 18.93 Crore rural households, only 3.23 Crore households (17%) had tap water connections, i.e. 15.70 Crore to be provided with tap connections in next 4 years, says Prime Minister's Office (PMO)