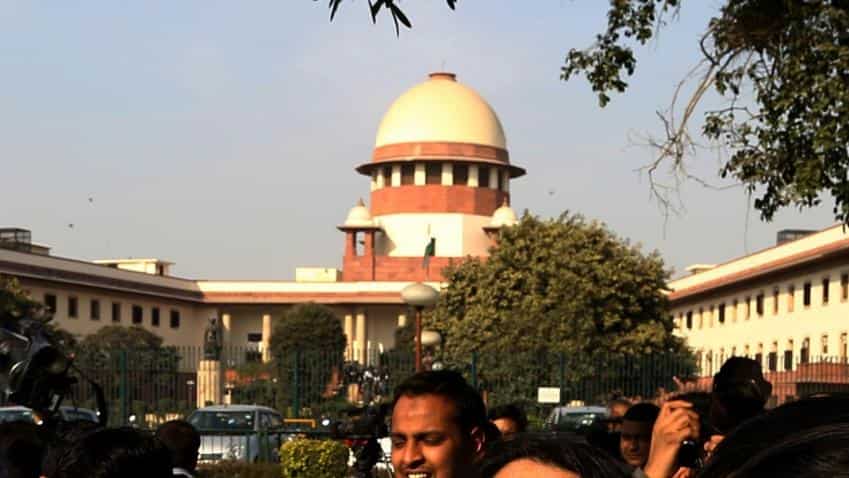 The Supreme Court today directed official Receiver of the Bombay High Court to help the Liquidator in getting the Sahara Group's Aamby Valley property auctioned.
A bench comprising Chief Justice Dipak Misra and Justices Ranjan Gogoi and A K Sikri also asked the official liquidator of the Bombay High Court to take the help of the Receiver and ensure that the Aamby Valley properties are auctioned.
"We want the property to be auctioned. Till then, we will appoint the receiver of the Bombay High Court to help in auctioning, till it is complete," the bench said.
It also directed the official liquidator, who has been entrusted with the task of conducting the auction, to take instructions from the company judge or the Bombay High Court.
The Sahara Group had earlier sought 18 months to repay around Rs 9,000 crore balance of the principal amount of Rs 24,000 crore.
The apex court had on October 12 taken strong exception to the alleged obstruction by the Sahara Group in the Aamby Valley auctioning process and warned that anybody creating any impediment would be liable for contempt and "sent to jail".
The top court was irked when SEBI had claimed that the group had allegedly obstructed the aunctioning process by writing a letter to the Pune police raising the issue of law and order at the prime property.
Taking note of SEBI's allegation, the court had said that the group could not have entered into a communication with Pune's Superintendent of the Police (Rural) on the issue since the auction has been ordered by the top court.
The SEBI had alleged that the police has taken custody of the property due to which no bidder was willing to take part in the auction process.
The SEBI had said that the letter was also sent to the additional chief secretary and no bidder was coming forward to bid for the property as the police, while taking note of the letter, has taken its custody.
The top court was hearing the SEBI's plea seeking contempt action against the Sahara group for allegedly obstructing the auctioning process of Aamby Valley.
In its plea, the SEBI had alleged "wilful and deliberate attempt" on Sahara's part "by adopting a subterfuge to cause interference with the administration of justice, especially in a court directed and monitored auction sale of the Aamby Valley property under various orders of the apex court."
On August 10, the apex court had rejected Sahara chief Subrata Roy's plea to put on hold the auction process.
It had said the auction process would proceed as per schedule and if Rs 1,500 crore is paid by Roy in the SEBI- Sahara refund account by September 7, then it may pass an appropriate order.
Roy, who has spent almost two years in jail, has been on parole since May 6 last year. The parole was granted the first time to enable him attend his mother's funeral. It has been extended since then.
Besides Roy, two other directors -- Ravi Shankar Dubey and Ashok Roy Choudhary -- were arrested for failure of the group's two companies -- Sahara India Real Estate Corporation (SIRECL) and Sahara Housing Investment Corp Ltd (SHICL) -- to comply with the court's August 31, 2012 order to return Rs 24,000 crore to their investors.