Rupee falls 18 paise to 74.43 against US dollar in early trade

The rupee declined by 18 paise to 74.43 against the US dollar in opening trade on Tuesday. 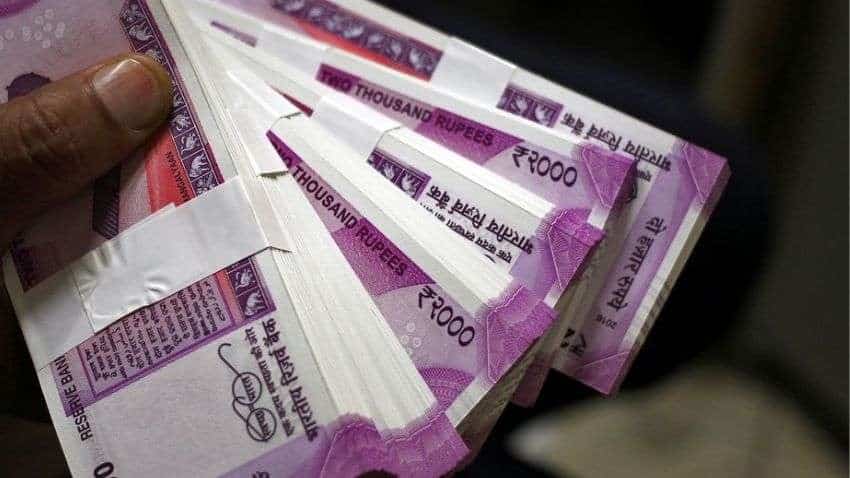 On Monday, the rupee declined by 10 paise to close at 74.25 against the US currency. Pic: Reuters

The rupee declined by 18 paise to 74.43 against the US dollar in opening trade on Tuesday, as strong American currency and elevated crude oil prices weighed on investor sentiments.

At the interbank foreign exchange, the rupee opened weak at 74.36 against the US dollar, then fell further to 74.43 against the greenback in early deals, registering a decline of 18 paise from the last close.

On Monday, the rupee declined by 10 paise to close at 74.25 against the US currency.

Meanwhile, the dollar index, which gauges the greenback's strength against a basket of six currencies, advanced by 0.11 per cent to 95.36.

"The USD looks stronger and is expected to move higher after finding support at 94.50. Flows are there in the market which will keep the rupee depreciation slow as we approach the Federal Open Market Committee (FOMC) meeting on January 26 and the Union Budget on February 1," said Anil Kumar Bhansali, Head of Treasury, Finrex Treasury Advisors.

Foreign institutional investors remained net sellers in the capital market on Monday, as they offloaded shares worth Rs 855.47 crore, as per exchange data.

Rupee surges 17 paise to 77.17 against US dollar in early trade

Rupee Vs Dollar: Rupee recovers 12 paise to close at 77.32 against US dollar

Indian Rupee plummets 60 paise to close at all-time low of 77.50 against USD

Rupee Vs Dollar: Rupee ends flat against US dollar amid forex outflows