Rise in COVID-19 cases over past few days, confirms Health Ministry; over 74% active cases in these two states; 22 states, UTs report no deaths - All details here

Only two states - Maharashtra and Kerala -- account for 77 per cent of daily new cases reported in a span of 24 hours. 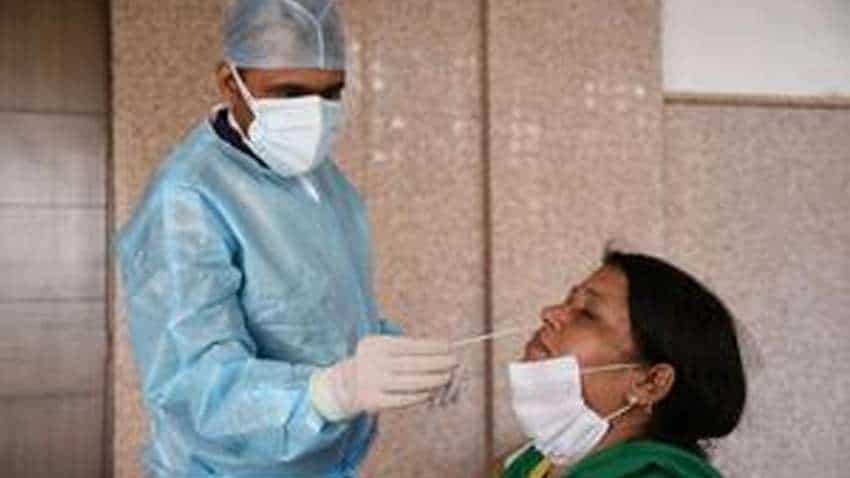 22 states and UTs have not reported any COVID-19 death in a span of 24 hours. PTI photo.
Written By: Prashant Singh
RELATED NEWS

In a major development, the Union Health Ministry has confirmed that a rise in the COVID-19 active cases has been witnessed over the past few days which is pegged at 1,45,634 comprising 1.32 per cent of the country's total infections. According to the ministry, 22 states and UTs have not reported any COVID-19 death in a span of 24 hours. More than 74 per cent of the active cases of the country are in Kerala and Maharashtra.

As per a report in PTI, "Of late, it is seen that there has been a spike in the daily cases in Chhattisgarh and Madhya Pradesh also. Punjab and Jammu and Kashmir too are witnessing a surge in daily new cases," the ministry said. It said 85.61 per cent of the new cases are from five states. Maharashtra continues to report the highest daily new cases at 6,281. It is followed by Kerala with 4,650 while Karnataka reported 490 new cases.

Only two states - Maharashtra and Kerala -- account for 77 per cent of daily new cases reported in a span of 24 hours.

Ninety deaths were reported in a day, the ministry said, adding that five states account for 80 per cent of the new deaths. Maharashtra saw a maximum of 40 casualties. Kerala reported 13 deaths, while Punjab has reported another eight fatalities. In a span of 24 hours, only one state has reported more than 20 deaths, while 10 to 20 deaths have been reported by just one state. Further six to 10 deaths have been reported by two states and 10 states have reported one to five deaths, the ministry said.

"India's COVID-19 recovery rate at 97.25 per cent is among the highest in the world," the ministry said. It further said that 81.65 per cent of the new recovered cases are observed to be concentrated in five states.

Kerala has reported the maximum number of single day recoveries with 5,841 newly recovered cases. A total of 2,567 people recovered in Maharashtra in a span of 24 hours followed by 459 in Tamil Nadu.

On the front of COVID-19 vaccination, India's cumulative vaccination coverage has crossed 1.10 crore.

The second dose of COVID19 vaccination started on February 13 for those beneficiaries who have completed 28 days after receipt of the first dose.

Vaccination of the frontline workers (FLWs) started on February 2.

The ministry said 60.04 per cent of those who have received the second dose are concentrated in seven states. Karnataka alone accounts for 11.81 per cent (1,13,430 doses).

Rs 9.37 lakh compensation to kin for son's death in accident

Stocks in Focus on March 2: BPCL, Auto Stocks, IGL, NMDC to Coal India; here are the 5 Newsmakers of the Day