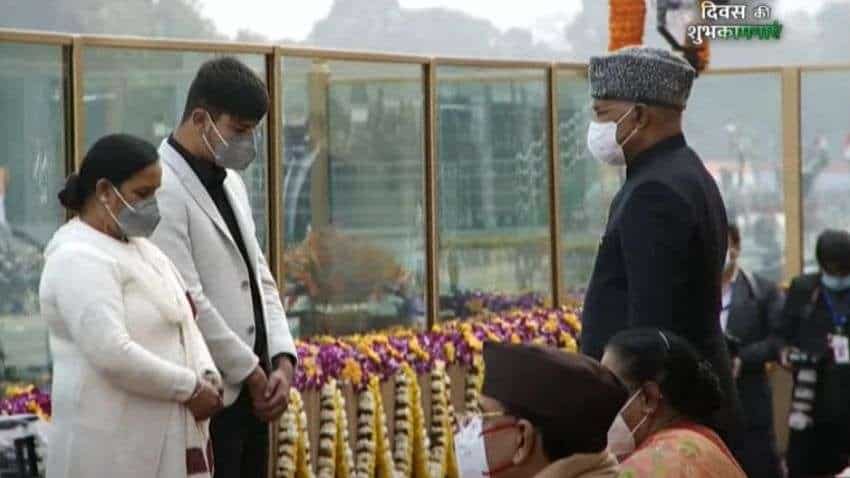 Babu Ram, Assistant Sub-Inspector in @JmuKmrPolice has been conferred with Ashok Chakra posthumously for "displaying valor & exemplary raw courage" during an anti-terror op in Srinagar.

On August 29, 2020, three terrorists fired upon the joint Naka party of the police/CRPF at Srinagar and fled the spot to take shelter in a house nearby, and an operation was devised immediately. In confronting and eliminating terrorists, Babu Ram exhibited heroic raw courage and gave his life for this country.

Babu Ram, Assistant Sub-Inspector in J&K Police, has been conferred with Ashok Chakra posthumously for "displaying valour & exemplary raw courage" during an anti-terror op in Srinagar.

Awarded for valour, courage, or self-sacrifice away from the battlefield, India's Ashok Chakra is its highest peacetime military decoration.

It is the peacetime equivalent of the "Param Vir Chakra" and is awarded for the most notable bravery or some daring or remarkable act of valour or self-sacrifice other than in the face of the enemy.

An individual can be awarded decoration if he or she is military or civilian.