Eleven weak banks facing prompt corrective action (PCA) are to be given a total of Rs 52,311 crore to maintain their minimum capital requirement, while nine strong banks will get Rs 35,828 crore. 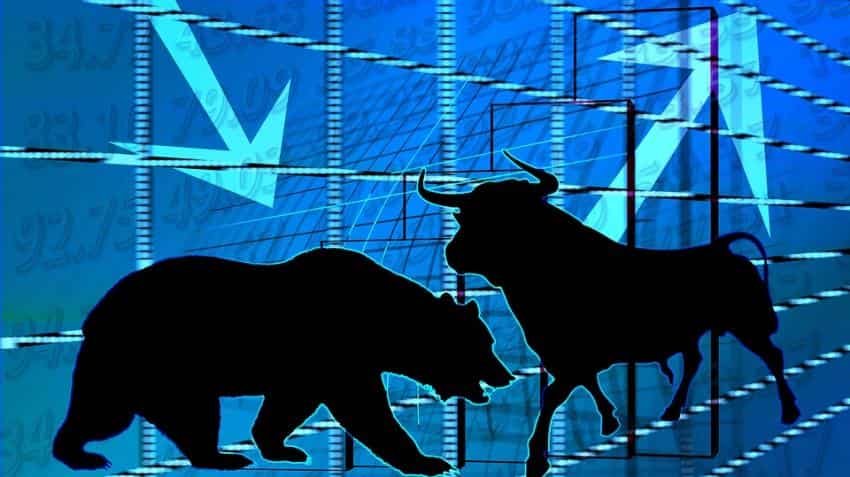 Among gainers, only IDBI Bank and Bank of India, the two banks that received the most capital, were trading in green, rallying up to 3 per cent on the NSE. Image source: Pixabay

The stocks of most public sector banks (PSBs) slipped in trade today after Finance Minister Arun Jaitley yesterday unveiled details of the recapitalisation plan that was announced in October.

Nifty PSU Bank shed nearly 2 per cent with the Indian Bank (down 3.6 per cent), Punjab National Bank (down 3 per cent), Bank of Baroda (down 2.9 per cent) and State Bank of India (down 2.3 per cent) contributing most to the losses on the NSE.

Among gainers, only IDBI Bank and Bank of India, the two banks that received the most capital, were trading in green, rallying up to 3 per cent on the NSE.

The government will infuse Rs 88,139 crore into 20 public sector banks, of which Rs 80,000 crore will come through recap bonds and the remaining Rs 8,139 crore through budgetary allocation.

Eleven weak banks facing prompt corrective action (PCA) are to be given a total of Rs 52,311 crore to maintain their minimum capital requirement, while nine strong banks will get Rs 35,828 crore.

"In the first tranche, safety would supersede growth as nearly 60 per cent allocation is in favour of the 11 troubled banks under the PCA. This is not only a big swing for the PCA banks, but also lifts the systemic risks associated with these banks potentially triggering positive price movements (particularly in IDBI Bank, UCO, etc). Growth capital seems to be limited at this point in time - SBI has received 10 per cent of the total allocation, Indian Bank didn’t figure in the list," Edelweiss Securities summarised the recap plan in a note.

"Perceived risk of private banks being muscled out or recap programme leading to consolidation is very moderate," the note added.

"While PCA banks have got a sizeable amount under the recapitalisation, few banks which are relatively better off have also got funds which should improve their balance sheets and allow them to raise further capital from the markets; and that could drive the next leg of growth for them," he said.

"Bank of Baroda and Vijaya Bank are better placed and could be a good pick in the medium term," he added.

Global brokerage Nomura, however, noted that the capital infusion appears adequate for weaker banks, but it may lead to dilution risk.

"While capital allocation for smaller PSU banks seems adequate, this tranche of capital will lead to over 50 per cent of dilution for weaker PSU banks, hence that could restrict re-rating in smaller PSUs," Nomura pointed out in a research note.

"Within our coverage universe, we like Bank of Baroda, SBI and PNB, while BoI remains the least preferred," the note added.

Edelweiss Securities also noted that recap being more than 70% of market cap for several banks and that too at levels below existing book value will lead to significant book value dilution risks for many banks upwards of 20 per cent (advantage IDBI, PNB). It also said that the government shareholding is going to increase to the extent of 5-20 per cent.

The brokerage continues to prefer private banks, namely, ICICI Bank, HDFC Bank and Kotak Bank, while among the PSBs, it prefers SBI and Bank of Baroda, which are fundamentally strong irrespective of recap allocation.

What should investors do with Bajaj Auto Buyback? Anil Singhvi suggests this