Ready to resign, will be happy if a Shiv Sainik succeeds me, says Maharashtra CM Uddhav Thackeray in his FB Live address

"I have kept the letter of my resignation as chief minister ready; willing to resign as CM at this very moment," said Uddhav Thackeray. 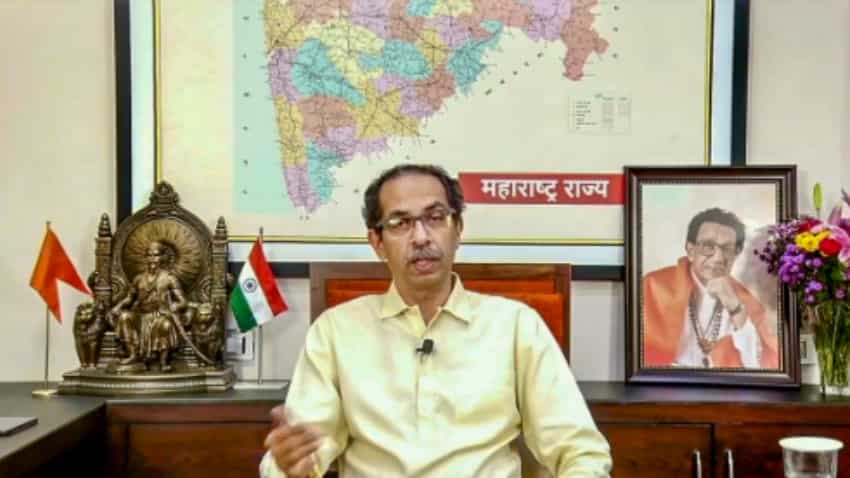 He said that Shiv Sena can't be separated from Hindutva. Pic: PTI

Amid political cyclone in Maharashtra, Chief Minister Uddhav Thackeray on Wednesday offered to resign. In a Facebook live address to the people in the state, he
said that he is ready to resign from the post of Maharashtra CM even if a one MLA tells him that he is not wanted as a CM, a PTI report said.

If any MLA wants me to not continue as the CM, I am ready to take all my belongings from Varsha Bungalow (official residence of the CM) to Matoshri. But when my own people (MLAs) don't want me, what can I say, ANI reported.

If they had something against me, what was the need of saying all this in Surat, they could have come here and said this to my face," said Thackeray.

He said that Shiv Sena can't be separated from Hindutva.

"Getting calls from MLAs who have gone with Eknath Shinde; they are claiming that they were forcibly taken away" said Uddhav Thackeray, talking about MLAs in exile, the PTI report said.

He also said that he is not willing to continue as chief minister, PTI report said.

In his Facebook Live, Uddhav Thackeray claimed that both Sharad Pawar and Kamal Nath phoned him saying they want me to continue as chief minister.

"I have kept the letter of my resignation as chief minister ready; willing to resign as CM at this very moment," said Uddhav Thackeray.

He further added that he is "ready to quit even as Shiv Sena chief; let those disgruntled MLAs come forward and demand so," PTI report said.

He finally said that "I Will be happy if another person from Shiv Sena succeeds me as CM if I quit."

Passenger vehicle makers to invest Rs 65,000 crore by FY25 to ramp up capacity