Proud moment! 'This elephant has started to run'

In its annual assessment of the Indian economy, the International Monetary Fund (IMF) sees all engines of growth – investment, consumption and exports – revving up and charging towards a 7.3% growth this fiscal despite the shadows of trade war and firm global crude prices looming large. 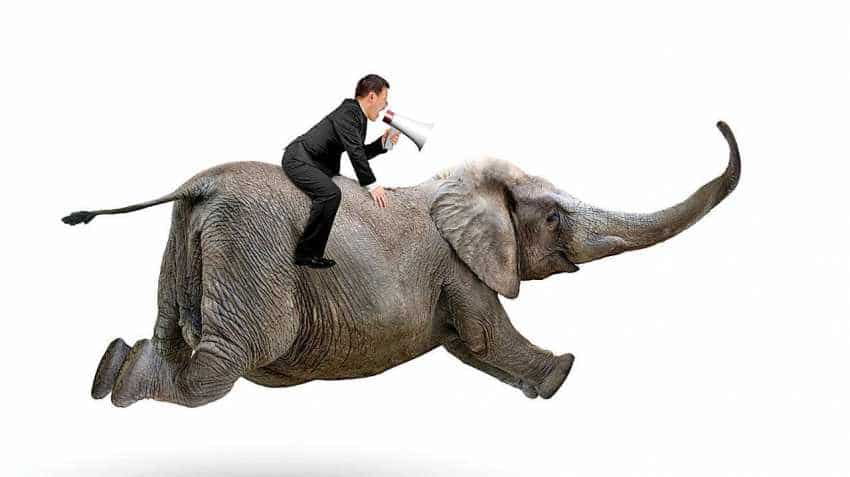 In its annual assessment of the Indian economy, the International Monetary Fund (IMF) sees all engines of growth. Image source: DNA

In its annual assessment of the Indian economy, the International Monetary Fund (IMF) sees all engines of growth – investment, consumption and exports – revving up and charging towards a 7.3% growth this fiscal despite the shadows of trade war and firm global crude prices looming large.

Ranil Salgado, the head of the IMF team for India, who saw the country as an elephant starting to run, said India, as one of the fastest growing economies in the world, contributed about 15% of global growth.

"India's economy is picking up and growth prospects look bright—partly thanks to the implementation of recent policies, such as the nationwide goods and services tax. As one of the world's fastest-growing economies—accounting for about 15% of global growth—India's economy has helped to lift millions out of poverty," he said.

Salgado, however, said to sustain the "rapid growth", India would need to build on the success of its reforms.

"The macroeconomic outlook for FY2018/19 is broadly favourable, even when considering the recent upward revision to global oil prices and tightening of global financial conditions. Real GDP growth is projected at 7.3%, on strengthening investment and robust private consumption," said the IMF report published on Wednesday.

The Washington-based fund has retained its earlier outlook for India's economic growth.

It sees inflation rising to 5.2%, above the Reserve Bank of India's (RBI) target of 4%; "as demand conditions tighten, along with higher oil prices, housing rent allowances (HRAs), and agricultural minimum support prices (MSPs), and the recent depreciation of the rupee".

The IMF expects investment demand to turn around with gross investment projected to grow at 32.2% this fiscal compared to 30.6% last fiscal.

"Over the medium-term, the economic outlook is projected to continue to improve. Real GDP growth is expected to rise to 7%, reflecting a continued robustness in private consumption and a recovery in investment, supplemented by progress in bank balance-sheet repair, improved credit growth, and on-going structural reforms, most notably the productivity-enhancing three International oil prices are now projected to average $72 per barrel in FY2018/19, up from US$62/barrel in the Spring 2018 IMF World Economic Outlook (WEO)," it stated in its report.

IMF's forecast for the last two fiscals have gone terribly awry. It had projected a growth of 6.6% in FY17 when the actual growth during that year came in at 7.1%. Similarly, its last fiscal growth projection of 7.2% was also off-the-mark as India logged a 6.7% growth.

Its outlook for merchandise exports growth, with a possible assistance from a weaker rupee, is also optimistic at 13.2%.

It sees the rate of savings growth falling behind investment growth and widening the current account deficit (CAD) further to 2.6% of GDP from the last fiscal's 1.9% of GDP. It expects a small balance of payment deficit and sees foreign exchange reserve also dipping a little bit.

"The CAD is projected to widen to 2.6% of GDP on rising oil prices and strong demand for imports, offset by a slight increase in remittances. The balance of payments would switch to a small deficit," said the IMF report.

"With limited policy space, growing risks (which places a premium on prudent policies), and the economy recovering, India would be served best by stepping up supply-side measures to revive credit growth (including to businesses) and promote inclusive growth. Fiscal consolidation should continue to lower elevated public debt levels and allow for easing of financial repression. The RBI will need to gradually tighten policy further, in response to inflation pressures, which will help to build monetary policy credibility," the international fund said.

"As far as domestic drivers to growth are concerned, the investment and consumption expenditure are likely to grow even as private investment expenditure and private and public consumption expenditure will remain robust. As far as external factors are concerned, there are risks from the ongoing trade and currency wars. So, even if merchandise exports shows growth the expectation is that imports will also increase because of the pressure from crude prices. India can't escape the impact from the external factors. The value of imports may remain high even if volume may not go up," he said.

He flagged a big risk from a potential deficient monsoon; "from the domestic side, the main risk is related to monsoon deficiency. Right now, the estimate differ and ranges from 4% to 9% deficiency. This will put pressure on agricultural output and some pressure on prices, which would have some repercussion on interest rates. This, in turn, will lead to lowering of investment demand".

The IMF said economic risks were "tilted to the downside"; "on the external side, risks include a further increase in international oil prices, tighter global financial conditions, a retreat from cross-border integration including spill-over risks from a global trade conflict, and rising regional geopolitical tensions. Domestic risks pertain to tax revenue shortfalls related to continued GST implementation issues and delays in addressing the twin balance sheet problems and other structural reforms".