Niranjan Hiranandani talks about the budget and what it holds for the economy and real estate sector among others during an exclusive interview with Anil Singhvi, Managing Editor, Zee Business. 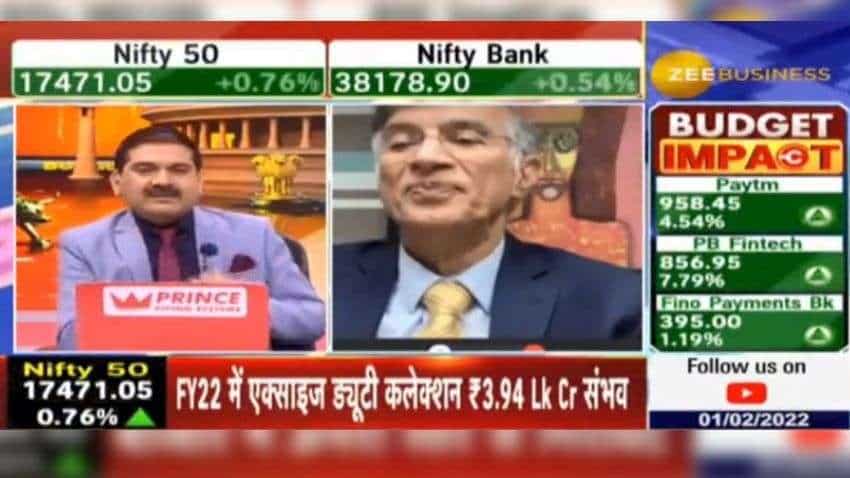 No tax relief has been announced for the middle class, said Niranjan Hiranandani, Chairman, Hiranandani Construction.

Niranjan Hiranandani, Chairman, Hiranandani Construction, talks about the budget and what it holds for the economy and real estate sector among others during an exclusive interview with Anil Singhvi, Managing Editor, Zee Business. Edited Excerpts:

Q: What special are you seeing in this budget for the economy and for the real estate sector?

A: It has two things for the real estate sector

(i) It has extended the Pradhan Mantri Awas Yojna and added 80 lakh beneficiaries to it and has made an allocation of Rs 48,000 crore in it. It is a big thing. Most beneficiaries are available in tier-II and tier-III cities because it has an upper limit of Rs 45 lakhs, which do not fit well in the tier-I cities. So, Mumbai, Delhi, Kolkata and Madras are a few such cities, where it is used less but in the rest of India, mainly in the tier-II and tier-III cities, beneficiaries are more. So, the main allocation to the real estate sector is more in this area. But, we were expecting that the interest on home loans will go up or another kind of benefits will be provided to the real estate sector but it has not been provided. Besides, it is talking about the Ease of Doing Business then the state government and the central government want to do something on time for clearance. So, it talks about it that if you have the permissions in the urban areas then it will be there because a lot of challenges are prevalent there in terms of environment clearances and some other clearances, which takes time. Those who are investing in this sector have to take a long time in getting permission. As far as the major share is concerned, like the middle class and others who buy homes, no relief has been provided to them. So there's definitely a bit of annoyance here. We are expecting this because many people were thinking that after the COVID, the finance minister will facilitate them more in taking their homes, but it has not happened. But in other areas, such as the data centres that are connected with the real estate has been provided with an infrastructure status and it will be very useful, as she has emphasized a lot on data centre, data localisation. So, these are the main points.

(ii) No tax relief has been announced for the middle class. So, I feel that there is a lot of resentment here and the individual tax levels are quite high. As there is a marginal rate of tax of 15% and 25% is the maximum marginal rate of tax in the corporate taxation but in the private sector taxation of 42% is applied. So, I think, it is quite negative and there was a need to do something on this front.

Q: It was expected that the limits of the principle or interest that we pay on home loans will be increased and it was needed but no tax concession was provided on the front. Do you think that the finance minister has a thought that your sector is doing good and it is not needed or she had missed on it?

A: I feel, a lot has been missed because I had a thought that we have attracted her attention in this area and have done its representations as well as associations. We felt that there is a need to give a push to