The share of manufacturing in GDP has been trending at 16-17 per cent for some years now and the previous Manmohan Singh government had set a target of taking this share to 25 per cent of GDP by the turn of 2025. 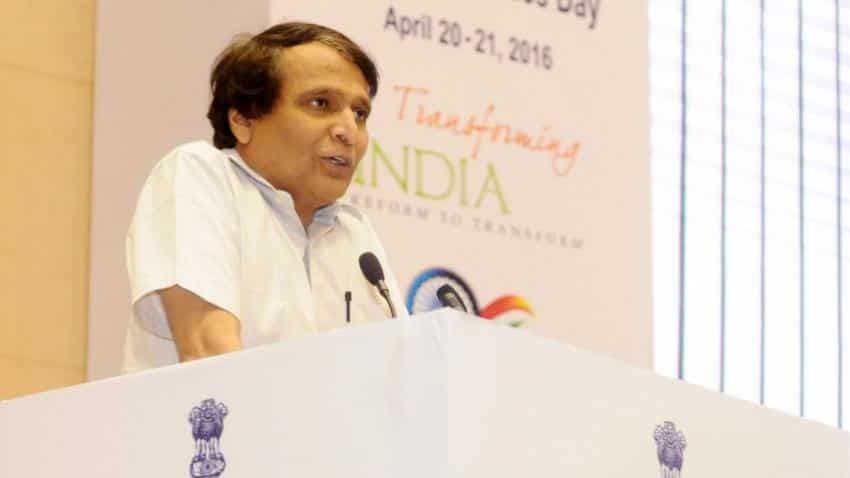 Commerce & Industry Minister Suresh Prabhu has asked the industry to set a timeline for achieving a $1 trillion in manufacturing revenue and take its share in GDP to 20 per cent.

The share of manufacturing in GDP has been trending at 16-17 per cent for some years now and the previous Manmohan Singh government had set a target of taking this share to 25 per cent of GDP by the turn of 2025.

"Without a number it is not possible for the industry to prepare a roadmap for achieving this milestone," he said.

To help achieve this, the minister said government is working on getting into the top 50 slot in the World Bank's ease of doing business rankings.

"We have jumped 30 slots to 100 in the ease of doing business ranking in 2018 (of the World Bank), and we want to be among the top 50. We are on the verge of a big economic growth and the recent upgrading by credit rating agency is also a recognition of a series of reforms undertaken by the government," he said.

It can be noted that early this month, the World Bank ranked the country at the 100th slot in its ease of doing business report for 2018, climbing 30 notches from 2017 citing the central and state reforms.

Prabhu also expressed optimism that exports will gather momentum going forward on the back of the revival in the economy which is on course to double to $5 trillion and become the world's third largest in over the next few years.

He pointed out that government is establishing relationships with top Fortune 500 companies and will welcome all sorts of foreign investments that help in creating jobs.

Promising to ease the problems being faced by exporters under the new tax regime, he admitted that "exporters are facing challenges in the goods and services tax (GST) regime and that his ministry is taking up the issue with the authorities concerned."

"It is not possible for a small businessman to sit here and do business globally. We want to create a support system, especially for small businesses, by creating a brand equity for India globally. Linkages with global markets are necessary for promoting our products and we will do that," the minister said.

He also said government is identifying specific products that can be sold in specific geographies globally through market research with the help of the Exim Bank, and the Indian Institute of Foreign Trade.

Taking note of the potential of countries like Russia and other geographies, he said, "we are working on a strategy for each of these markets. We are also looking at opening offices in 10 geographies to penetrate in global markets."

He said his ministry will work on developing global supply chains for the agriculture sector. "We've the right to access global markets for our farm produce by removing all trade restrictive practices," he said.

Cyclone Fani: Suresh Prabhu says DGCA will issue revised guidelines to airlines as and when necessary