Petrol and diesel prices on Tuesday climbed to fresh highs in the country as rates were hiked after a three-day hiatus. 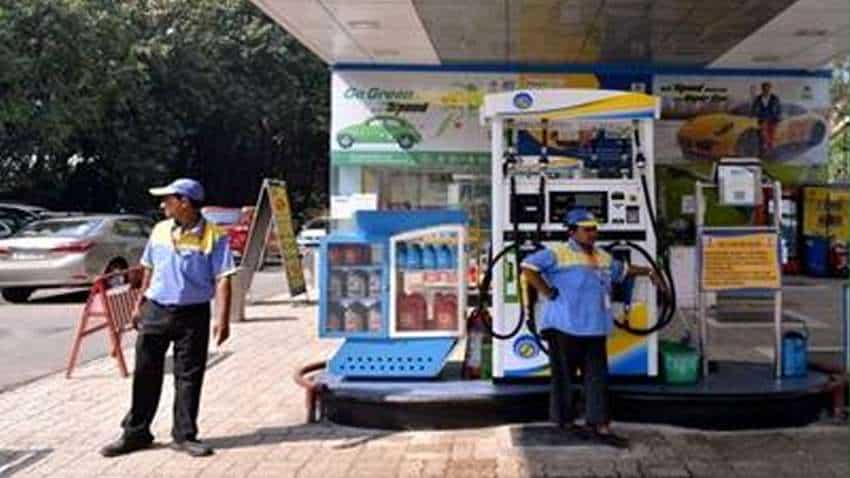 Prices were last hiked by 30 paise on February 5.

Rates have risen by Rs 3.59 per litre in case of petrol and by Rs 3.61 on diesel in 2021. Brent crude oil price on Monday rose above USD 60 per barrel for the first time in more than a year on improving demand outlook amid the global rollout of COVID-19 vaccines.

Last week, Mukesh Kumar Surana, head of India's third-largest fuel retailer Hindustan Petroleum Corporation Ltd (HPCL), said that a sudden spike in international oil prices because of a perception of mismatch in demand and supply as well as a cut in production by Saudi was fuelling the retail price hikes.

He had said that only 25-30 per cent of the retail pump rates are dependent on cost and the rest are central and state taxes.

"We probably have no choice but to pass on the variation (in benchmark cost) to the consumer," he had said. "The government has taxation handle."

Also last week, Oil Minister Dharmendra Pradhan told the Rajya Sabha in a written reply to a question that excise duty levied by the central government makes up for Rs 32.98 per litre of the price of petrol in Delhi and sales tax or VAT of the state government constitutes Rs 19.55.

Besides, the price includes a dealer commission of a minimum Rs 2.6 per litre on petrol and Rs 2 on diesel.

Retail petrol rates have risen by Rs 17.71 per litre since mid-March 2020 after the government raised taxes by a record margin to mop up gains arising from fall in international oil prices. Diesel rates have gone up by Rs 15.19.

Happy Baisakhi 2021: On WhatsApp, send your best wishes, messages, quotes and more to family and friends