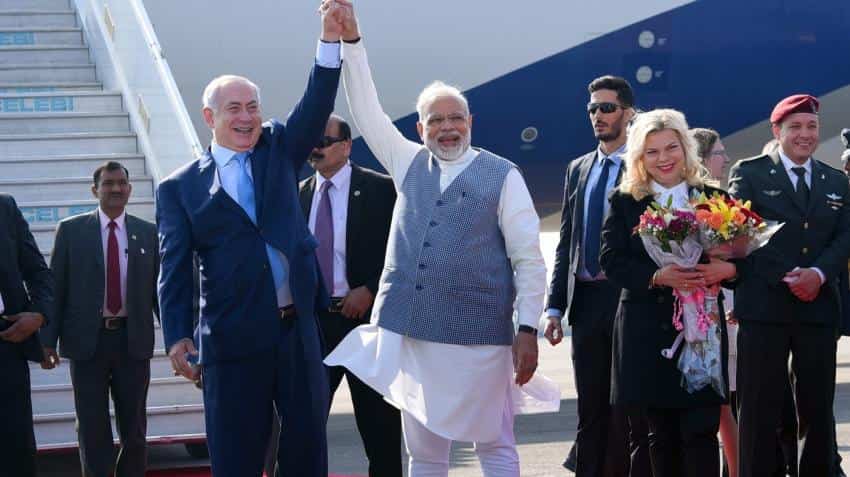 Dubbing India-Israel relationship as a "marriage made in heaven", Israeli Prime Minister Benjamin Netanyahu said today that even though the Jewish state was "disappointed" by India's vote at the UN against the Jerusalem issue, one negative vote will not affect the ties.

Netanyahu said he hoped that his visit to India will strengthen cooperation between the two countries in various areas like technology, agriculture and other spheres that are changing the world.

"Yes, naturally we were disappointed, but this visit is a testimony that our relationship is moving on so many fronts forward," Netanyahu said when asked to comment on India's vote at UN against the US decision to recognise Jerusalem as Israel's capital.

"I don't think one vote affects a general trend you can see in many other votes and these visits," he told 'India Today' in an interview.

Last month, India joined 127 other countries to vote in the United Nations General Assembly in favour of a resolution opposing the recent decision of US President Donald Trump to recognise Jerusalem as Israel's capital.

The resolution was approved with 127-9 at the UN General Assembly.

"First of all, there is a special relationship between the two countries, between their people and then between the leaders. The partnership between India and Israel is a marriage made in heaven but consecrated on earth," Netanyahu said.

Hailing Narendra Modi "as a great leader", Netanyahu said the Prime Minister was "impatient to bring future to his people".

Asked about his agreement with Modi on counterterrorism, Netanyahu said the doctrine of counter-terrorism included having intelligence to prevent it.

"You fight terrorism by fighting it," Netanyahu said.

"Our defence relationship is quite significant and comprises many things. I think the key word here is defence. We want to defend ourselves, we are not aggressive nations. We are very committed to making sure that none can commit an aggression against the either one of us," he said.

Commenting on the ways to strengthen ties, Netanyahu said Israel was developing rapidly and is creating industries "out of thin air".

He said given India's importance in being a major auto dealer, it would be important for India and Israel to have a good tie-up between car manufacturers.