One District One Product: LOCAL GOES GLOBAL! UP's ODOP products to be showcased in Dubai Expo

The Yogi Adityanath government in Uttar Pradesh has now planned to launch its products under the ODOP (One District One Product) scheme in the international market. 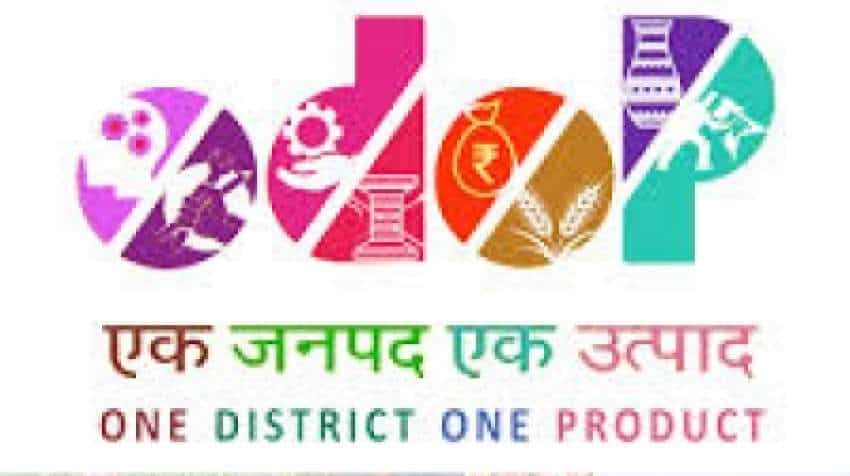 ODOP has emerged as an effective way of self-employment: IANS

The Yogi Adityanath government in Uttar Pradesh has now planned to launch its products under the ODOP (One District One Product) scheme in the international market.

Additional Chief Secretary, MSME, Navneet Sehgal, said, "We are now planning to take part in the Dubai Expo 2020, which is scheduled to be held in October. It will be a big pavilion for ODOP to showcase our traditional crafts and ODOP products in the foreign market. These efforts are being made not only to improve their visibility but also marketability in the foreign markets."

The ODOP products of Uttar Pradesh, which have gained national and international recognition, have proved to be an important tool in generating self-employment and boosting the economy of the MSME sector in the state.

ODOP has emerged as an effective way of self-employment.

The Yogi Adityanath government promoted the traditional crafts confined to one district to help the local economy.

Sehgal said the basic aim behind 'One District One Product' scheme has been to encourage local craft and craftsmen and revive the local craft as well as improve the chances of livelihoods and employment of all those groups which are involved in those crafts.

The Chief Minister in 2018 had announced the ODOP scheme to encourage a local cluster-based craft, he added.

"Over the world this is a known phenomenon but to improve the industry, particularly the micro and the smaller industries, the best way is to create clusters and then work on those clusters, create both soft and hard infrastructure, to improve their productivity, quality, packaging, marketability, thus improving their livelihoods and employment opportunities," said the Uttar Pradesh Additional Chief Secretary, MSME.

The MSME department trains nearly 20,000 craftsmen each year from 75 districts in their existing trade and craft so that they can be taught the latest technologies and techniques of production. They are also being provided with a toolkit.

"We have signed MoUs and agreements with national and international organisations for providing support to the local artisans. We have a signed agreement with the Quality Council of India to handhold and help these artisans to improve their quality. Then we had signed an agreement with the Indian Institute of Packaging to help the artisans to improve their packaging," Sehgal added.

To ease the hardships of these artisans in selling their produce, the MSME department has signed MoUs with Amazon and Flipkart to help them market their produce.

"We have also now created our own e-marketplace, ODOP e-Mart, where these artisans are being included to sell their products through the e-commerce portal," he said.

A sufficient budget has been allocated by the state government for the ODOP scheme.

The emphasis of the Uttar Pradesh government on the ODOP has helped the state to improve its exports as most of the craft is being exported overseas and the exports have increased by nearly 30 per cent in the last three years.

"It was Rs 83,000 crore earlier but in 2020, we made a profit of Rs 1.21 crore and the emphasis on training, providing incentives and tying up with the technical advisory services is helping the local artisans to improve the exports," Navneet Sehgal added.

UP board exam 2022 latest updates: What class 10 class 12 students must know?