After giving more attractive terms under its new hydrocarbon exploration licensing policy (HELP), the government is now likely revive plans to reform the regulatory framework in the oil and gas sector by arming the office of upstream regulator Directorate General of Hydrocarbons (DGH) with statutory powers 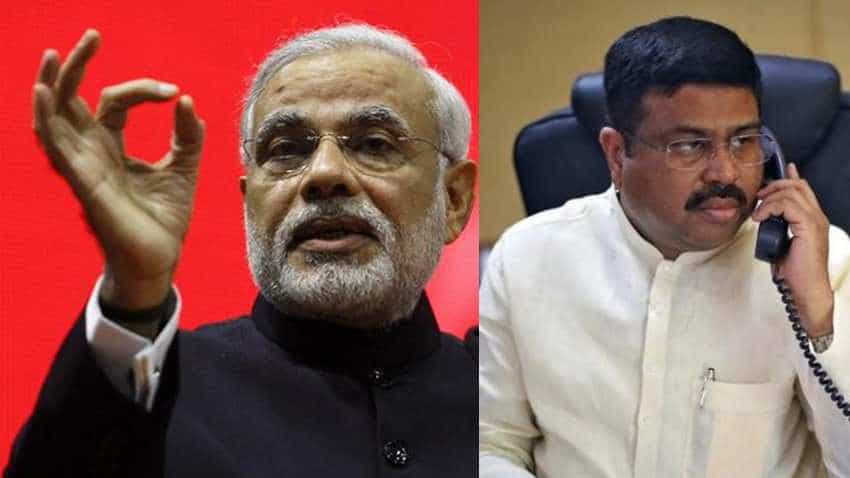 This will be in conjunction to another plan to carve out a specialist wing under the Petroleum Ministry for assisting it in administration of contracts. Photos from Reuters.

After giving more attractive terms under its new hydrocarbon exploration licensing policy (HELP), the government is now likely revive plans to reform the regulatory framework in the oil and gas sector by arming the office of upstream regulator Directorate General of Hydrocarbons (DGH) with statutory powers. This will be in conjunction to another plan to carve out a specialist wing under the Petroleum Ministry for assisting it in administration of contracts.

Though Petroleum Minister Dharmendra Pradhan had earlier ruled out statutory status for DGH, saying the sector has not fully developed and needs government support, a source close to the developments in the ministry said that the plan is being revived again to prevent a clash of interest in DGH's regulatory operations. Also, the policy environment has undergone several reforms and it is felt that the sector would now grow on its own.

DGH is currently not just formulating regulations for exploration and production (E&P) activities under the guidance of the Petroleum Ministry, but is also responsible for administering contracts, even for government-owned companies such as Oil and Natural Gas Corporation (ONGC) and Oil India Ltd (OIL). It also assists the government in auctioning oil and gas exploration fields.

According to the revised plan, which is still in discussion stage, the office of the DGH would be distanced from the government and placed in a statutory body that will give the regulatory regime more teeth and functional autonomy.

But the government will retain some of the talent from existing DGH to create a special wing on the lines of the Central Electricity Authority and the Telecommunications Engineering Centre. This wing will fill the vacuum created by separation of DGH and help the Petroleum Ministry on technical issues related to administration of contracts for oil and gas blocks. This will require competent resources with the ministry.

"World over, regulators function independent of the government so that these is no clash of interest. This is especially true in the case of India, where the government is the majority shareholder in oil and gas companies. The proposed move for separation of regulatory and administrative powers of DGH would usher in a new era for country's energy sector," said an energy sector expert not willing to be named.

Government think tank Niti Aayog has also favoured strengthening the office of DGH by giving it statutory powers. In fact, in its draft National Energy Policy, which is being finalised soon, it has said that upstream regulatory regime and contract administration need to be separated for an arms-length administration of upstream matters.

In 2011, the Ashok Chawla committee had suggested that the DGH be turned into an 'independent technical office' attached to the Petroleum Ministry and an upstream regulator be established to focus on regulatory functions.

Another panel in 2001 had recommended the setting up of an Upstream Hydrocarbon Regulatory Board, giving DGH a techno-administrative role as a part of the Petroleum Ministry. The 2013 Vijay Kelkar committee had also suggested hiving off conflicting interests of the DGH while numerous parliamentary standing committees to favoured statutory role for the upstream regulator.

The proposed regulatory reforms comes on the back of a series of initiatives taken by the Petroleum Ministry in recent months to improve regulations and make the country an attractive destination for investment by global oil and gas giants.

The government has already started the process of auction of major fields from July this year under the revamped policy that gives both marketing and pricing freedom for gas production.

In addition, blocks are being auctioned under the open acreage policy that gives the bidder the choice of selecting the prospecting area. All this is part of the new Hydrocarbon Exploration and Licensing Policy announced by the government earlier.

The DGH was established in 1993 under the administrative control of Ministry of Petroleum & Natural Gas through a government resolution.

Its objectives are to promote sound management of oil and natural gas resources with a balanced regard for environment, safety, technological and economic aspects of petroleum activity.

DGH has been entrusted with several responsibilities like implementation of New Exploration Licensing Policy (NELP), matters concerning the production sharing contracts (PSCs) for discovered fields and exploration blocks, promotion of investment in E&P sector and monitoring of E&P activities, including review of reservoir performance of producing fields. In addition, the DGH is also engaged in opening up of new unexplored areas for future exploration and development of non-conventional hydrocarbon energy sources like Coal Bed Methane (CBM), as also futuristic hydrocarbon energy resources like Gas Hydrates and Oil Shales.