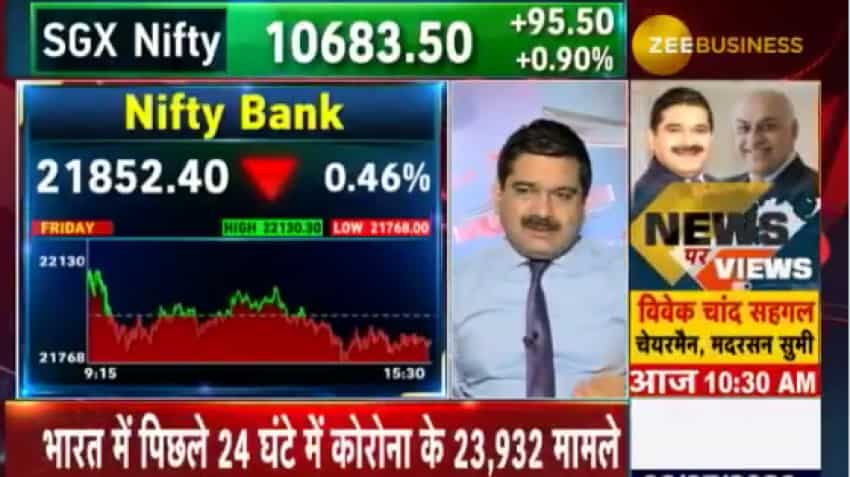 The markets have seen a rally since 22 June with no appreciable correction. With every passing day, the breakout is getting stronger which has catapulted the trading range

The Market Guru said that the Nifty has already given a breakout at 10150-10200 levels. The market reached 10328 followed by some correction, which did not breach the 9800 mark on the downside. The index has only climbed from the low point and it has still not seen any correction till 10600. This movement has been one-sided and very quick, Singhvi said.

The markets have seen a rally since 22 June with no appreciable correction. With every passing day, the breakout is getting stronger which has catapulted the trading range.

Under such circumstances, it is advisable that the investors know their stop loss. They should be aware of levels where the markets will take a turn, the Managing Editor cautioned. He said that there should be clarity as to when the markets will move from positive to neutral and then to negative.

The Market Guru said that the crucial level currently is 10300 and till the markets is upwards of this, it is in the positive zone. To be neutral, the markets must close below 10300. For bank Nifty this level is still slightly farther, he added.

This threshold is up to 21000 for Bank Nifty, he said. Unless Nifty comes below this level, the trend will remain positive.

The current indicators do not point to an appreciable downward correction. It can only do that if there is some external shock factor, he said.

Singhvi assured investors that even if there is some correction, it will not be a negative trend and only be from positive to neutral.

He advises investors to have a Buy on dips strategy, knowing that the downward trend is unlikely in the near term.

Banks privatisation: RBI article explains why it can be harmful, lists pros and cons