New Drone Policy 2021: Check out these IMPORTANT FAQs on the new drone rules in India

Today, the central government has announced the New Drone Policy. Under Drone Rules 2021, no security clearance is required before registration or licence issuance. Fees for permissions reduced to nominal levels. 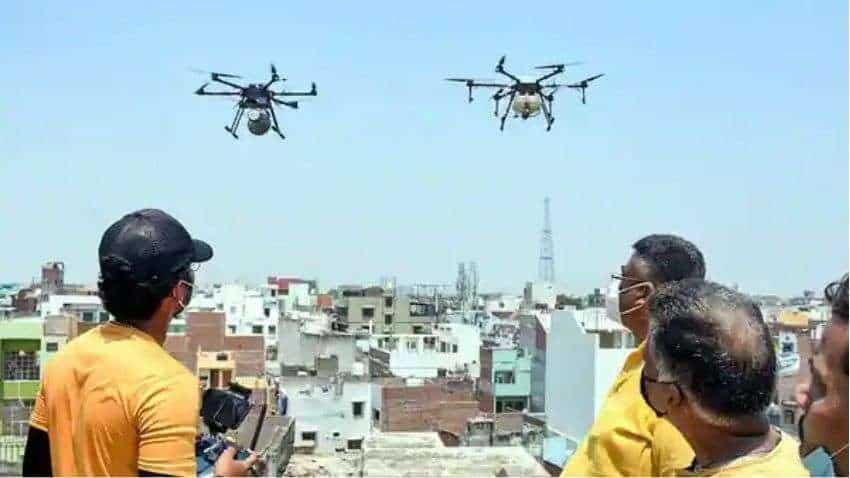 New Drone Policy 2021: The New Drone Policy has been announced by the central government today, August 26, 2021. The Ministry of Civil Aviation has put forward its new policy after consulting government agencies and common people in the old rules.

ANI has tweeted about the announcement of the Drone Rules 2021 from its official Twitter handle. The tweet said, "New Drone Policy announced. Under Drone Rules 2021, no security clearance is required before registration or licence issuance. Fees for permissions reduced to nominal levels. Maximum penalty reduced to Rs 1 lakh, not applicable to penalties in respect of violation of other laws."

New Drone Policy announced. Under Drone Rules 2021, no security clearance is required before registration or licence issuance. Fees for permissions reduced to nominal levels.
Maximum penalty reduced to Rs 1 lakh, not applicable to penalties in respect of violation of other laws.

Zee Business reporter Ambarsih Pandey has reported about the about the queries that common people have in their minds about the Drone Rules 2021.

Here are a list of FAQs regarding the Drone Rules 2021:

2) What is the load carrying capacity?

The new drone rules now cover drones that can carry up to 500 kg. Earlier, the limit was limited to 300 kg. The government aims to promote payload lifters, drones and drone taxis.

3) What are the conditions for license?

Approvals reduced from 25 to5, registration of a drone or obtaining licence no longer require approval of security agencies. In addition, the fees for approval are also only nominal.

4) What is the penalty if rules are violated?

Under the Drone Rules, 2021, a maximum penalty of Upto Rs. However, breaking the rules of the rest of the area could also attract a penalty other than the new drone rules.

5) Who will decide the route?

Digital Sky will decide the route. Preparations for creation of 'Digital Sky Platform' to route drones to fly. It will mention Green, Yellow and Red Jones. Online registration of all drones is mandatory.

6) Will flights be approved closer to the airport?

7) What is the process of transaction and deregistration of drones?

8) What is the condition necessary for flight?

Drone school approval required for drone flying training and examinations. This will be supported by DGCA and will facilitate online licensing of pilot licences along with monitoring of drone schools. However, institutions involved in R&D works do not need remote pilot licence or any other certificate.

9) Who will fix the import rules?

DGFT to fix rules for import of drones. Corridors of drones will be prepared for cargo delivery.

10) What is the update on safety features?

Rules will be issued on safety features like No Permission-No Take Off (NPNT), Real Time Tracking, Geo Fencing. At least six months time will be given to follow them.

Incentives of Rs 120 crore to be given in next 3 years under PLI scheme for drones and drone components: Civil Aviation Minister

Aviation: Flying a drone can cost you dear if you are found in this state