The Union Home Ministry conveyed to the states that the 'Har Ghar Tiranga' campaign has been launched to encourage the people to hoist the national flag in their homes. 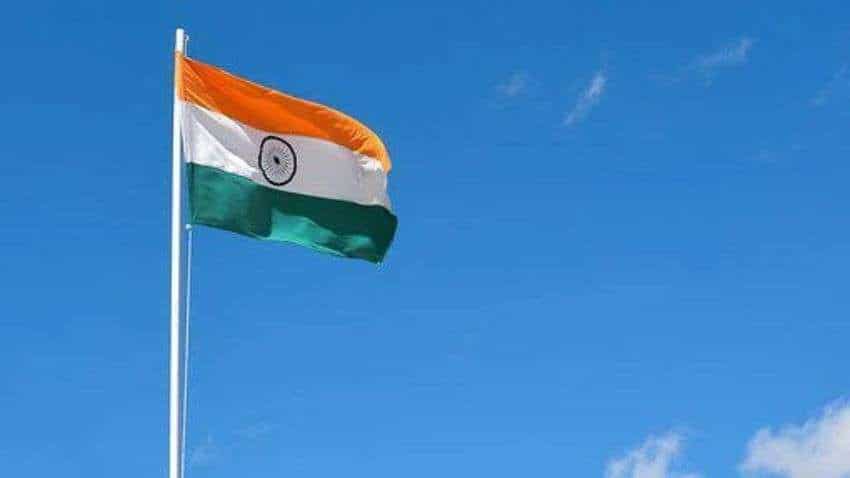 The sale of the national flag through post offices is open till August 15, 2022. Pic: Pixabay

The Department of Posts has sold more than 1 crore national flag in 10 days through its 1.5 lakh post offices spread across the country, an official statement said on Thursday. The postal department is selling flags for Rs 25 apiece.

"Department of Posts (DoP) with its omnipresent network of 1.5 lakh post offices, has taken 'Har Ghar Tiranga' programme to every citizen of the country. Within a short span of 10 days, India Post has sold more than 1 crore national flags, through post offices as well as online, to citizens," the statement said.

In his 'Mann Ki Baat' radio broadcast, Prime Minister Narendra Modi had noted that under the 'Azadi Ka Amrit Mahotsav' programme to mark the 75th anniversary of India's Independence, a special campaign 'Har Ghar Tiranga' is being organised between August 13 and 15.

He had urged people to hoist or display the national flag at their homes during the campaign.

The Union Home Ministry conveyed to the states that the 'Har Ghar Tiranga' campaign has been launched to encourage the people to hoist the national flag in their homes. It said the move is aimed to instill a feeling of patriotism in the hearts of people and reminisce the contribution of those who tirelessly worked for nation-building.

The DoP said that 4.2 lakh strong postal employees across the country have enthusiastically propagated the campaign in cities, towns and villages, in border areas, in Left wing extremists affected districts, and in mountainous and tribal areas.

"Through Prabhat Pheris, Bike Rally and Choupals sabhas, India Post has taken the message of 'Har Ghar Tiranga' to every section of the society. Social media tools like Twitter and facebook have also been extensively used for spreading the message of the programme among digitally connected citizens," the postal department said.

"For online sale, the department has provided free doorstep delivery to any address across the country. More than 1.75 lakh flags have been purchased online by the citizens through the epost office facility," the statement said.