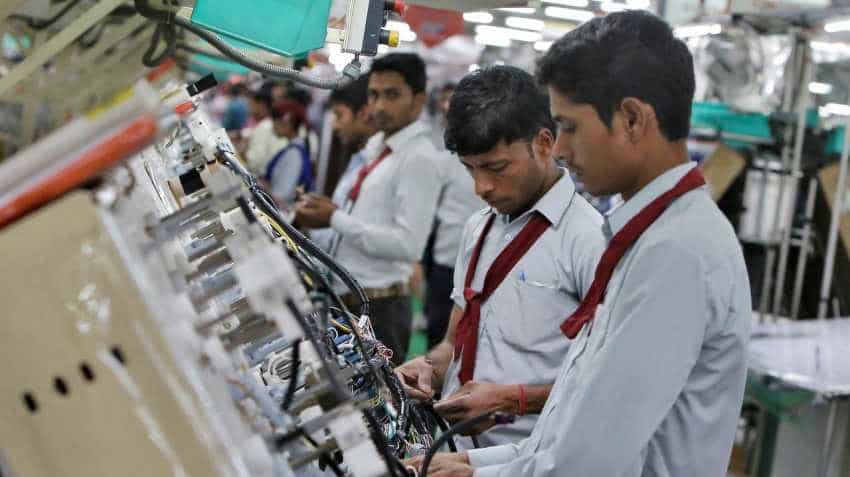 An interesting trend was witnessed in auto stocks segment on Thursday. Photo: Reuters

An interesting trend was witnessed in auto stocks segment on Thursday. While every major stock like Tata Motors, Maruti Suzuki, Eicher Motors, M&M, Hero Motocorp, Bajaj Auto and others were trading in red, it was only auto parts maker Motherson Sumi’s shares which were bought the most. Not only that, Motherson become the top performer on S&P BSE Auto index, followed by Bosch with a gradual rise. At around 1324 hours, Motherson Sumi shares were trading at Rs 124.75 per piece up by Rs 2.40 or 1.96%. However, the stock has also touched an intraday high and low of Rs 125.40 per piece and Rs 122.10 per piece respectively.

Guess what! An investor can still continue to buy Motherson Sumi shares as experts have given a buy rating with a positive outlook for FY20. Here’s what they say:

Jinesh Gandhi and Deep Shah, Research Analyst at Motilal Oswal said, “MSS has witnessed a triple whammy of adverse macros, commissioning of three big plants in a weak environment and consolidation of Reydel, which impacted its operating performance.”

However, the duo added, “the EU business should see favorable base from Sep’19 onwards, stabilization of green-field plants, execution of strong order book, limited capex at SMPBV, and the India business benefitting from content increase in BS6. Valuations are at 20.1x/16.4x FY20E/FY21E consol. EPS. Maintain Buy with TP of INR144 (~20x Mar’21 Consol. EPS, a ~20% discount to LPA).”

Meanwhile, Chirag Shah and Jay Mehta analysts at Edelweiss Securities said, “We expect margin pressure to abate once SMP is fully operational (up to two quarters). We also expect higher value-added content to aid margin/RoCE improvement. Besides, with the capex cycle behind, we expect FCF profile to improve despite a weak demand environment. FY20 capex is likely to be about INR20bn (INR27bn in FY19). While a strong order book in SMRPBV provides revenue visibility (as and when demand revives), India business would benefit from rising content due to the BSVI transition.”