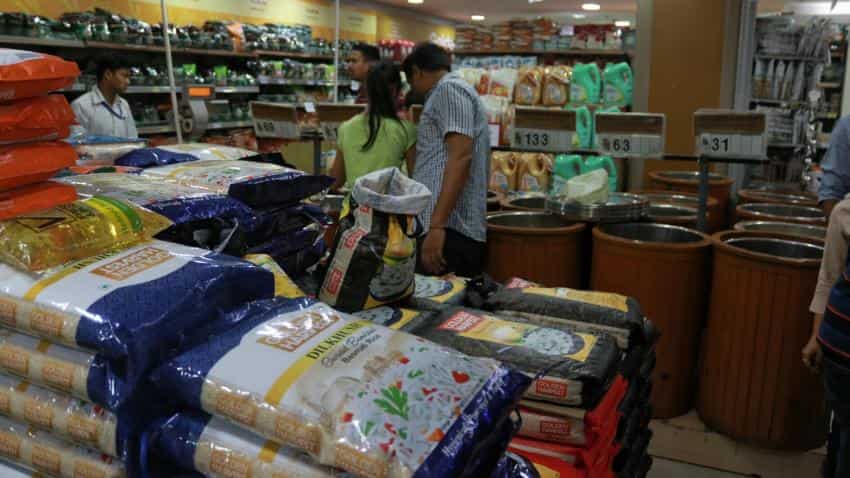 Shoppers rush at a supermarket after Goods and Services Tax (GST) roll out in New Delhi. Photo: IANS

Global brokerage firm Morgan Stanley has lowered its inflation forecast for 2017 to 3.1% from 3.6% earlier citing relatively benign outcomes of GST and monsoon.

Two factors led to the revision of forecast - first, the slippage in food inflation year-on-year has been more persistent and secondly, the impact of GST, rise in house rent allowance (HRA) and the ongoing monsoon on inflation was benign, it said.

"We expect that headline inflation troughed in June and that sequential rises in food inflation and the fading of high bases of comparison will mean that food and, by extension headline CPI inflation, will gradually increase from here," it said.

Retail inflation hit a historically low level of 1.54% in June on dip in prices of food items like vegetables, pulses and milk products.

Regarding RBI's monetary policy stance, the report said recent slippage in inflation has opened up room for one more rate cut. "It is in this context that we expect RBI to take up one more rate cut at the August meeting," it said.

Beyond the likely August rate cut, Morgan Stanley does not expect any further material easing of monetary policy in its base case.

In its June monetary policy review, RBI left key rates unchanged with Governor Urjit Patel noting that the central bank wanted to be more sure that inflation will stay subdued.

Foreign investors pick worth Rs 19,000 cr equities in November on softening US inflation, dollar - what should you know?

Next RBI MPC Meeting 2022: 1st time ever Reserve Bank is doing this - Monetary Policy Review, Rate Hike? All you need to know

For first time, Reserve Bank of India's monetary policy panel to discuss inflation report this week – what should you know?