Metals, oil and gas give most returns this year so far 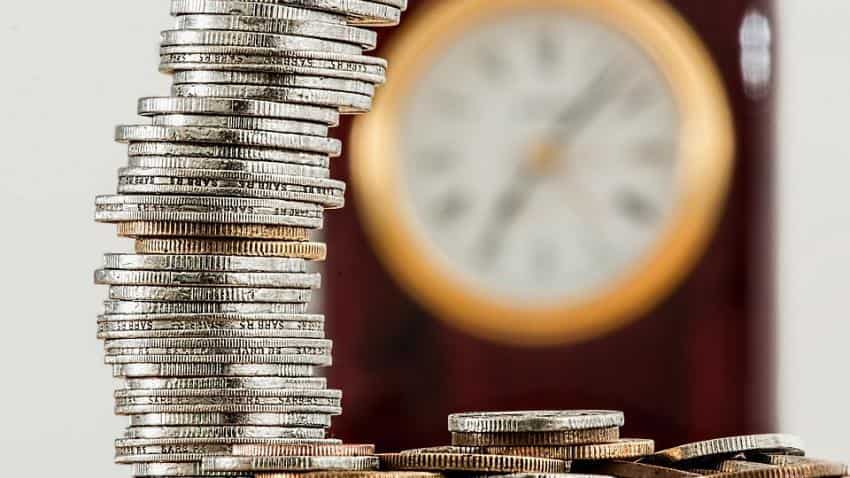 Indian markets may have fallen from its highest point this year but BSE Sensex it still far above its February 2016 low of around 23,000 points. Photo: Pixabay

Indian markets may have fallen from its highest point this year but BSE Sensex it still far above its February 2016 low of around 23,000 points. 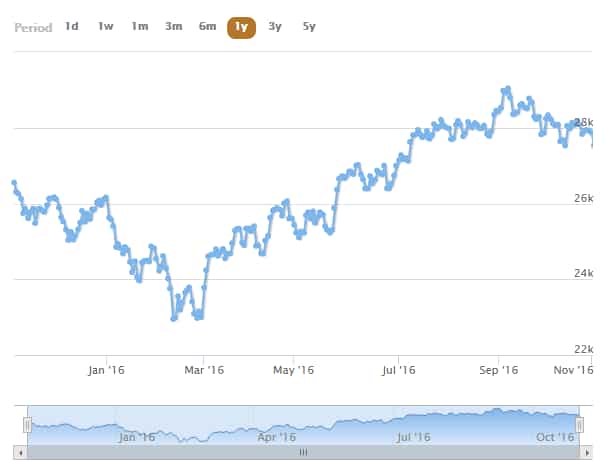 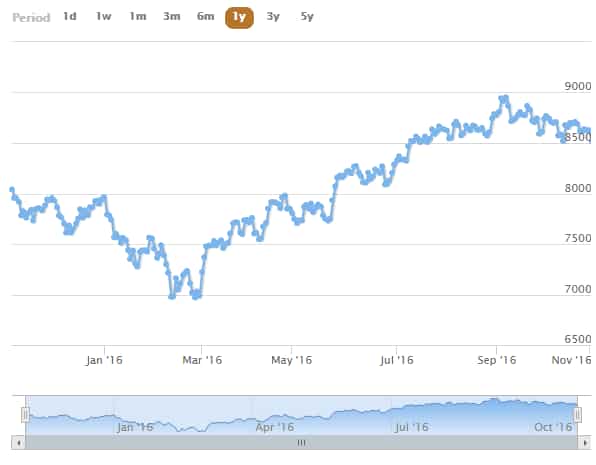 Metal, oil and gas, automobile and banking sectors are the most preferred stocks so far this year. 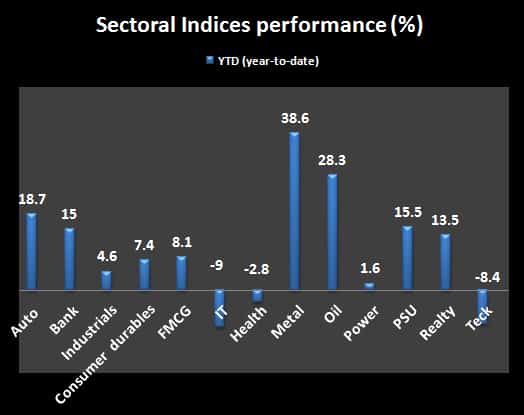 Following their weak Q1 and Q2, IT sector has declined by 9% so far. Vedanta and Hindustan Zinc more than doubled while Yes Bank and IndusInd Bank were the gainers in the banking sector.

In auto index, Eicher Motors was the most picked stock by investors which grew by 47.1%. Tata Motors too rose 31.4% year to date.

Even after erasing some gains, Indian equity indices are among the global out-performers. 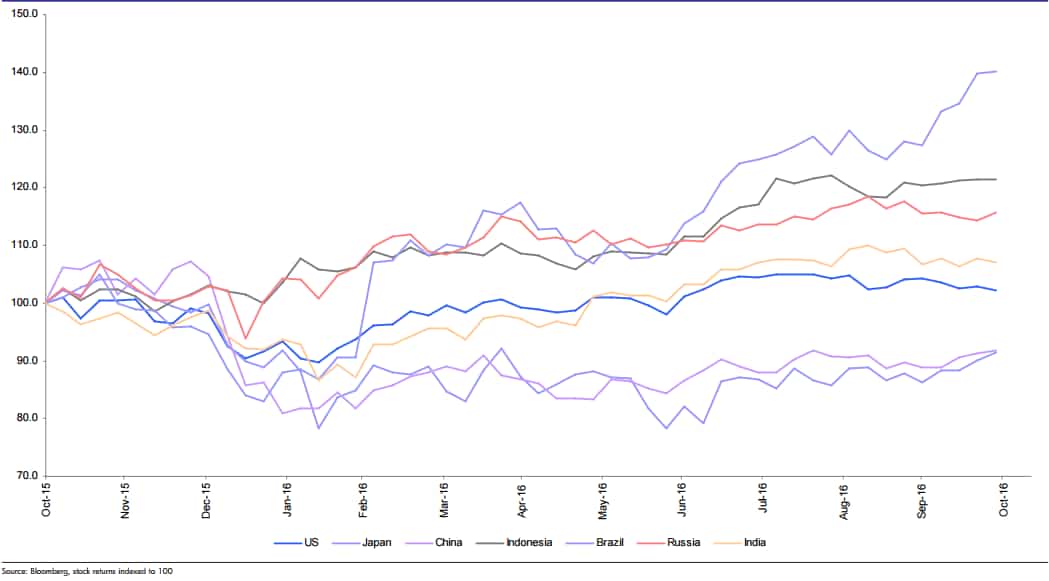 As per the chart above, Indian markets trail only Russia, Indonesia and Brazil - who is the best performer.

Despite of recording negative trend in the month of October 2016, Indian markets have outperformed in comparison with emerging markets, baring Brazil.

Dhirendra Tiwar, Dipojjal Saha analyst at Antique Limited said,"Overall from a market perspective, India is an outperformer over the last 6 months."

They added,"There are multiple events leading upto the year end and as history also suggests November is generally a choppy month for equities."

"YTD, factors are pointing to a value rally with low P/E, high RoE and high earnings growth stocks generally outperforming. To re-iterate global factors will play a role but what will be the main concern from a domestic perspective is how earnings trajectory shapes up."