Maruti Suzuki to Motherson Sumi, here are stocks that are top picks of experts in auto sector 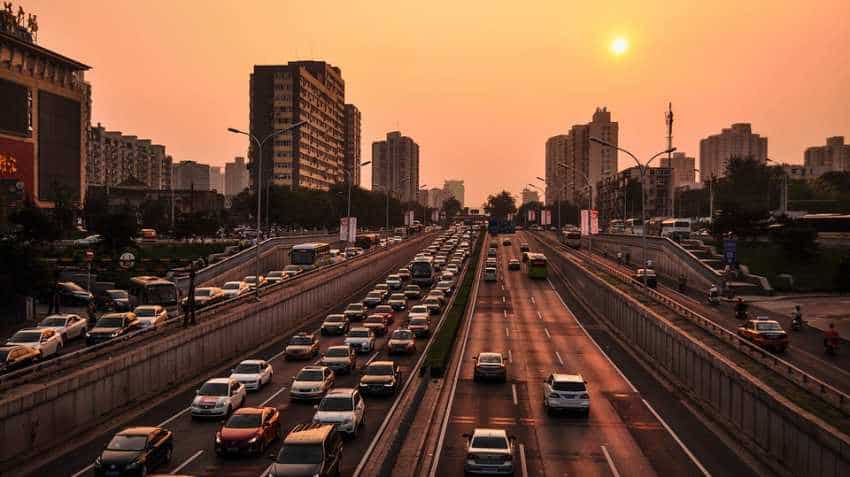 The bitterness in auto sales continued even for the month of June this year. Photo: Pixabay

The bitterness in auto sales continued even for the month of June this year. Right from passenger vehicles, commercial vehicles, tractors, to two-wheelers all saw either subdued or weak demand. This was also the performance indicator for first quarter of FY20 in the auto industry, which will have its own impact on financial earnings as well. With every auto company announcing its sales numbers for June 2019, the S&P BSE Auto ended at 18,139.86 on Wednesday slightly down by 15.92 points or 0.09%. However, Thursday, saw some revival, as the index was trading at 18,228.15 up by 88.29 points or 0.49%. So far in today's trading session, the index touched an intraday high and low of 18,261.32 and 18,113.35 respectively.

Talking about June 2019 sales, Mitul Shah, Research Analyst at Reliance Securities said, “Indian auto companies have delivered a subdued volume performance across segments in Jun’19, PV segment recorded high double digit volume decline, while the 2W segment witnessed single digit decline. On the other hand, CVs and 3Ws also recorded YoY as well as MoM decline during the month. Tractor segment also maintained its negative trend in the month due to falling volume in the Central region in addition to ongoing slowdown in Western and Southern regions.”

Shah added, “Despite marginal de-stocking, overall inventory level remains higher. The automobile industry has been facing challenges since past 3 quarters in terms of additional burden of new insurance policy, constraints on loan disbursement from financial institutions and higher axle load norm impacting CV sales, which got reflected in weaker wholesale numbers in past few months."

Here’s how the major automakers performed, as per Shashank Kanodia and Jaimin Desai, Research Analyst at ICICI Securities.

Whereas in the four-wheeler segment, the steepest decline was witnessed at Tata Motors (down 26.7% YoY) while industry leader MSIL reported total volume decline of 14% YoY. The clear outperformer was, however, M&M with UV dispatches up 8% YoY aided by impressive launches in the recent past.

Meanwhile, the commercial vehicle  segment was a dampener across the board with all industry players witnessing steep declines on yearly as well as sequential basis. The magnitude of de-growth was lower at Tata Motors, making it the outperformer. ALL reported volume decline of 18.9% while VECV segment at Eicher Motors also reported volume decline of 28% and M&M’s CV segment de-grew by 14.7%.

Which stock you should invest?

“Industry witnessed some relief from these hurdles to some extent recently. We believe that industry would see sequential improvement in 2HFY20, though its performance would remain muted in 1HFY20 due to weaker rural consumption,” said Shah.

On stock tips, Jinesh Gandhi and Aanshul Agarawal, Research Analyst at Motilal Oswal said, “: Retail volumes remained under pressure as there were no signs of any recovery. This coupled with the BS6 deadline should maintain the volatility in volumes till 1HFY20. We prefer 4Ws over 2Ws and CVs as we believe it will be the least impacted by BS6, expected faster recovery and less competitive environment in the segment. Our top picks in autos are Maruti Suzuki and Motherson Sumi among large caps, and Ashok Leyland, Exide Industries and Endurance Tech among midcaps.”