Sale of campaign materials have picked up pace in the last one week, as the seven-phase Lok Sabha elections in the state kicks off from April 11 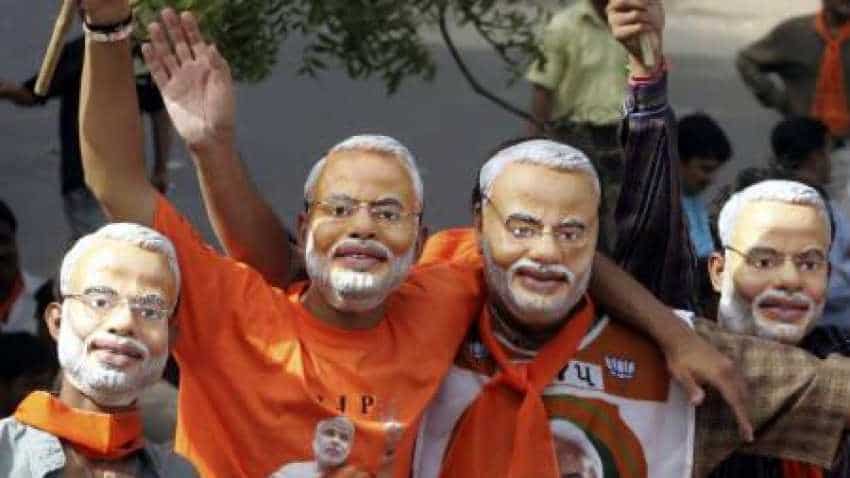 This year, we have been selling a lot of merchandise bearing the images of Prime Minister Narendra Modi. Photo: Reuters

The government's push for cashless transactions has apparently not made much impact on the trade of election campaign merchandise in Bengal, as currency notes remain the preferred payment mode for poll favourites, such as party flags and t-shirts.

Sale of campaign materials have picked up pace in the last one week, as the seven-phase Lok Sabha elections in the state kicks off from April 11, traders said.

"Much of the business is in cash this time as well," said a shopkeeper in the Burrabazar area, the biggest wholesale market in eastern India.

The response was similar from other traders in the market, who pointed out that buyers were not transacting through digital wallets and other online payment modes, as availability of cash has eased post demonetisation.

"For us, the mode of transaction remains cash, as it was in 2014. Cash is most convenient and helps buyers evade Election Commission's expenditure restrictions," another shopkeeper said.

Flags are a highly sought after merchandise among other poll materials like umbrella, caps, badges, paper sun-guards and scarfs.

Coffee mugs are new items this election year, the traders said, adding, old favourites like key chains don't sell much now.
The owner of a shop selling only BJP campaign materials said business is expected to be 40-50 per cent higher than the 2014 general elections.

"In 2014, posters of leaders like Atal Bihari Vajpayee and L K Advani were in high demand, but this year, we have been selling a lot of merchandise bearing the images of Prime Minister Narendra Modi," he said.

Kept your Money idle due to elections? Deploy it systematically now in this combo; expert Vidya Bala offers funds insight

Liquor sales to be limited, then banned in Andhra? See what CM designate YS Jagan Mohan Reddy has promised to do