Regarding the rapid increase in number of cases and weekend curfew, Karnataka Chief Minister Basavaraj Bommai will hold a meeting in the state on Monday evening, as per reported by IANS. 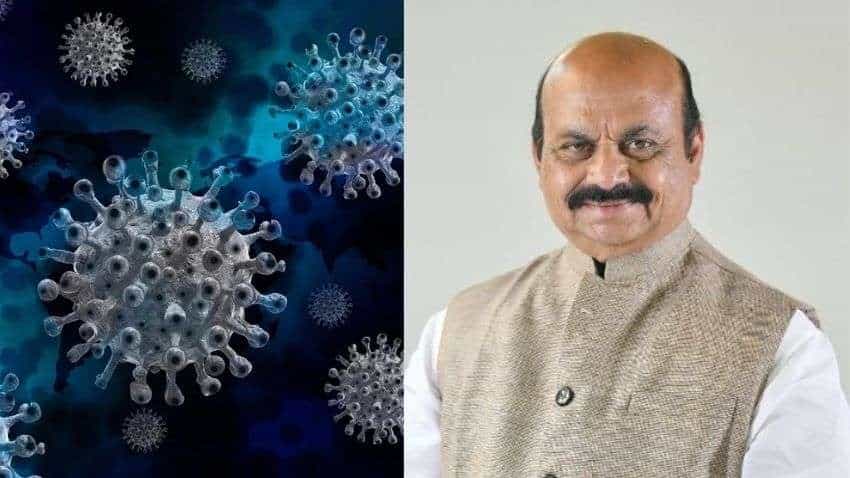 The state also recorded 34,047 Covid positive cases on Sunday, bringing the total number of current Covid cases in the state to 1,97,982. In the previous 24 hours, thirteen people have died. Regarding this rapid increase in number of cases and weekend curfew, Karnataka Chief Minister Basavaraj Bommai will hold a meeting in the state on Monday evening, as per reported by IANS.

According to the agency, the meeting is anticipated to make decisions on weekend and night curfews, since businesspeople and store owners have frequently asked the government to ease the restrictions, claiming that they are damaging their livelihood.

Health Minister K. Sudhakar stated that the cases of fever and cold are reported in greater numbers in the state. From December to February, the period is considered as flu season. But whoever is getting these symptoms they are tested on priority. The number of deaths has come down among infected, he stated. "Due to our preventive measures the spread of Coronavirus is under control in the state," he said.

All precaution will be taken to limit the pandemic. The gathering will focus on the health of children. Positive thinking and hospitalisation would also be discussed during the conference. A decision will be made in a meeting attended by technical committee specialists, members of the task force committee, and cabinet colleagues, as per mentioned by IANS.

When asked if there will be any relaxations to the current rules and regulations, Sudhakar said it was inappropriate to remark before the meeting. According to him, the Chief Minister is constantly discussing the situation by conducting two- to three-day meetings.

According to IANS, the focus will be on comprehensive management of the Covid pandemic and mortality prevention. In this regard, the state administration has made extensive preparations. He further added that Karnataka is performing more tests, resulting in a higher number of positive cases being found.

The administration has no plans to enforce weekend or night curfews, according to Revenue Minister R. Ashok. The health and lives of people are vital. The rules cannot be amended just for the advantage of one individual. "We are concerned about people`s lives. The guidelines of WHO and central government will have to be followed," he said.

Whereas, there were 21,071 positive cases in Bengaluru's urban area alone last day.
Moreover, the positivity rate for the day was 19.29 percent. The current number of Omicron patients is 479, with 2,937 Delta cases registered thus far in the state, as per IANS reported.

Covid-19: Karnataka lifts night curfew from January 31; schools from Class 1 to 9 to reopen from Monday

Two cases of Omicron virus detected in Karnataka - What government has said?

KCET results 2021 released by KEA; check how to download, important updates on entering marks and ranks

Karnataka CET 2021 results released, see where and how to check - Find details here