Is income tax filing deadline going to be extended?

Many taxpayers are facing hard times in filing their Income Tax Returns they have been requesting IT-department to extend the deadline. 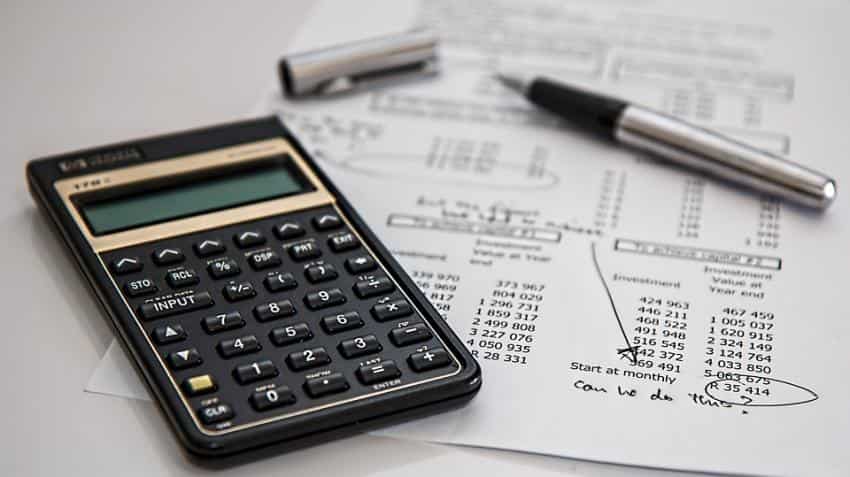 Deadline for filing income tax return (ITR) is just a day away, and taxpayers are already finding it difficult to do so.

The last date for filing is ITR is generally scheduled at July 31 of every year. Now that only one day is left there has been massive rush on every portal sanctioned by the Income Tax Department that many citizen have been tweeting with @IncomeTaxIndia with their queries and asking to extend the deadline.

And as you start filing your returns, the @IncomeTaxIndia India website goes down!! Showing #ServiceUnavailable #incometax #Brilliant

#incometax website is down due to heavy traffic, it happens every year in last days, why can't we improve IT systems.

Income tax filing website down! What can the common man do? #incometax pic.twitter.com/E7GV2VYTR1

There were many reports earlier mentioning that the due date for filing ITR might be extended. However, on July 29, the Central Board of Direct Taxes (CBDT) issued a notification saying, ''File your income tax return on or before July 31, 2017 for FY17.” 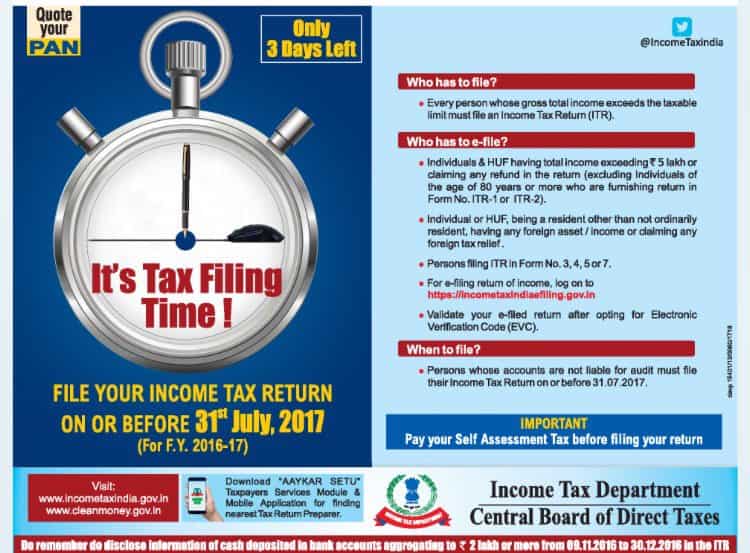 In the notification it was stated that every person whose gross total income exceeds the taxable limit must file for Income Tax Return. Also person whose accounts are not liable for audit must file their ITR before July 31, 2017.

Still, many media reports suggest that there are possibility for extension in the ITR deadline due to various changes brought in during the fiscal year 2016-17.

One of the reason was the extension given by the CBDT in filing the Tax Deducted at Source (TDS) returns by banks – who issue the Form 16 (TDS certificate) to employees. Earlier the deadline was extended from May 15, 2017 to May 31, 2017 and then went up till June 15, 2017.

For an salaried individual, TDS certificate is among very important document which helps them to understand - how much of salary income have been received, deduction the employee availed and taxes that have been deducted during the fiscal.

According to section 203 – the IT-Act, 1961, an employer is required to issue Form 16 to the employees revealing the total TDS on income.

Another reason would be the linking of PAN with Aadhaar for ITR- filing. The government in a notification on June 28 said 12-digit biometric Aadhaar or the enrolment ID is a must at the time of application of permanent account number (PAN).

Amendments were made in sub-rules 5 and 6 of Rule 114 related to Aadhaar. Such led to problems like e-filing website crashing, mismatch in information needed for linking PAN with Aadhaar and many more.

Also, the long-awaited Goods and Services Tax which came into effect from July 1, have resulted in many chartered accountants bring busy helping clients shift to the new regime.

This created another shortage in tax advisors for guiding employees with filing ITRs.

According to Ministry of Finance, the application is an e-initiative that will help taxpayer in  reducing the direct physical interface between assesses and tax assessing authorities.

Individual & Hindu Undivided Family (HUF) having total income exceeding Rs 5 lakh or claiming any refund in the return (excluding individuals of the age of 80 years or more who are furnishing return in Form No ITR - 1 or ITR-2).

Budget 2023 Expectations: Capital gains tax regime to be tweaked? What we know so far on LTCG, STCG