The fact-finding committee of DGCA said that the behaviour of IndiGo staff towards that child and his parents at the Ranchi airport was inappropriate. 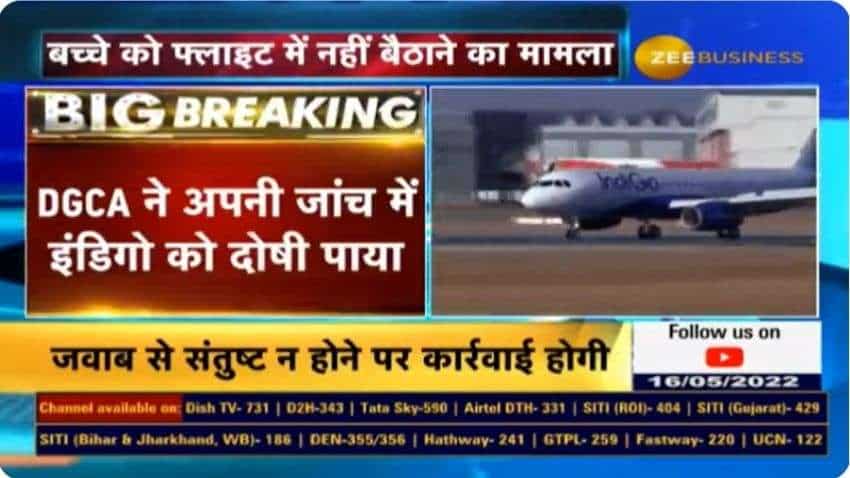 The Directorate General of Civil Aviation (DGCA) has completed its special child case investigation and found IndiGo guilty. The fact-finding committee of DGCA said that the behaviour of IndiGo staff towards that child and his parents at the Ranchi airport was inappropriate. Ambareesh Pandey's report.

After this, a complaint was filed to the DGCA and a committee was formed last Monday, which had to finalize the report on this matter in 7 days. This committee was of 3 members. As soon as the investigation started, the committee had visited both the airports- Ranchi and Hyderabad. They talked to all the passengers who were there on that flight. Apart from this, the officials of both the airports were also questioned and a complete report was prepared.

It has been found in this report that the mistake is from IndiGo's side. Their way of handling passengers was wrong. If they had tried to pacify the child and counseled him, the matter would not have escalated so much, the DGCA said.

And keeping this in mind, DGCA has given IndiGo 10 days to explain why they treated the passengers in such an unfair way. And if DGCA will not satisfied with IndiGo's reply then legal action can be taken against Indigo, Pandey said.