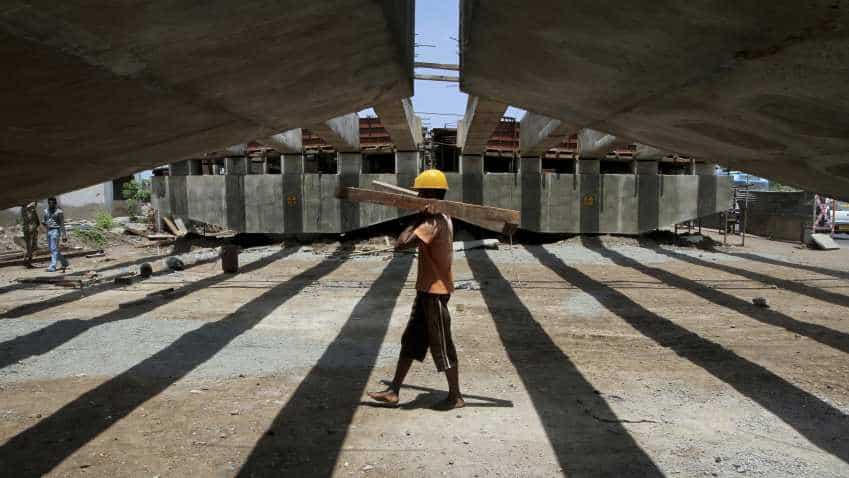 The Central Statistics Office (CSO) today released the estimates of Gross Domestic Product (GDP) for the second quarter (July-September) of 2018-19, both at Constant (2011-12) and Current Prices, along with the corresponding quarterly estimates of expenditure components of the GDP.

The economic activities which registered growth of over 7 percent in Q2 of 2018-19 over Q2 of 2017-18 are ‘Manufacturing, ‘Electricity, Gas, Water Supply & Other Utility Services’ ‘Construction’ and ‘Public Administration, Defence and Other Services’.

The growth in the ‘Agriculture, Forestry and Fishing’, ‘Mining and Quarrying’, ‘Trade, Hotels, Transport, Communication and Services related to Broadcasting’ and Financial, Real Estate and Professional Services is estimated to be 3.8 percent, (-) 2.4 percent, 6.8 percent, and 6.3 percent respectively during this period.

The second quarter estimates are based on Agricultural production during Kharif season of 2018-19 obtained from the Department of Agriculture, Cooperation and Farmer Welfare, abridged financial results of listed companies from BSE/NSE, Index of Industrial Production (IIP), monthly accounts of Union government expenditure maintained by Controller General of Accounts (CGA) and of state government expenditure maintained by Comptroller and Auditor General of India (CAG) for the period July-September2018-19.

With the introduction of Goods and Services Tax (GST) from 1st July 2017 and consequent changes in the Tax Structure, the total Tax Revenue used for GDP compilation includes non-GST Revenue and GST Revenue based on GSTR filings as provided by Central Board of Indirect Taxes and Customs, Ministry of Finance. Estimated growth in the indicator compiled on the basis of employee expenses, profit before tax and depreciation of Listed Companies deflated by appropriate price indices has been used to extrapolate the Corporatesector estimates of the same quarter of the previous year.

According to the  information  furnished  by  the  DAC & FW, which has been used in compiling the estimate of GVA from agriculture in Q2 of 2018-19, the production of Food Grains during the Kharif season of agriculture year 2018-19 grew by 0.6 percent as compared to growth of 1.7 percent during the same period in 2017-18. Around 55 percent of GVA of this sector is based on the Livestock products, Forestry and Fisheries, which registereda combined growth of about 6.7percent in Q2 of 2018-19.

The private corporate sector growth, which has a share of over 75 percent in the Manufacturing sector, was estimated from available data of listed companies with BSE and NSE.

Growth policies being drawn up for each sector: Suresh Prabhu