Gross domestic product (GDP) is expected to have expanded 6.6 percent in the April-June quarter from a year earlier, according to economists polled by Reuters. 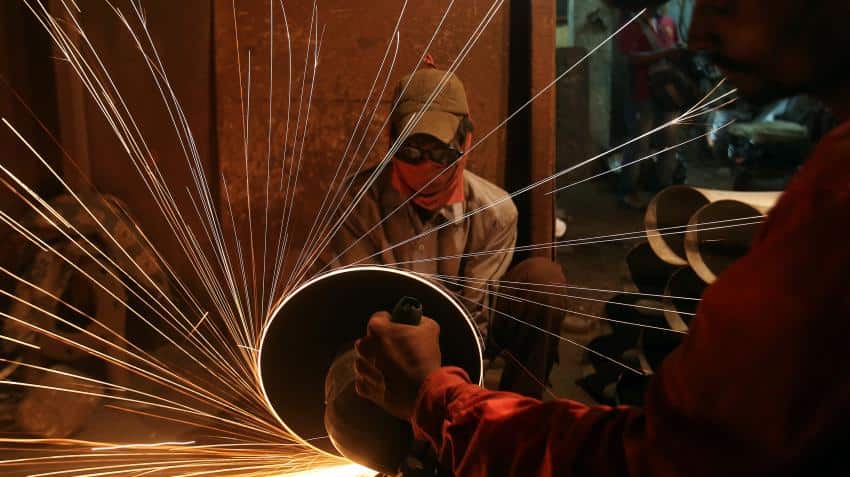 India`s economy likely showed further signs of recovery in the latest quarter from a shock cash squeeze late last year, but the rebound is not expected to be strong enough to help it reclaim the crown of the world`s fastest-growing major economy.

Gross domestic product (GDP) is expected to have expanded 6.6 percent in the April-June quarter from a year earlier, according to economists polled by Reuters.

That would mark a solid acceleration from 6.1 percent growth in January-March, but still lag China`s 6.9 percent print in the latest quarter.
Forecasts ranged from 5.7 to 7.2 percent.

Since then, high frequency indicators such as sales of two-wheel vehicles, oil consumption, cargo traffic and rail freight have shown the impact of the cash clampdown is gradually fading.

"The economy likely dusted off the post-demonetisation lull," said Radhika Rao, an economist at DBS Bank in Singapore.

Yet, Asia`s third-largest economy is far away from firing on all cylinders - capital spending remains weak and debt-laden banks are still circumspect in lending.

Confusion over a new goods and services tax and high debt levels in rural areas could also dampen activity in coming months.

The launch of a national Goods and Services Tax (GST) on July 1 has caused chaos on the ground as ambiguous rules have left firms confused over how to price their products.

Business surveys showed both services and manufacturing activity contracted at their fastest rate in years in July.

In rural areas, huge inventories of grain from last year`s record harvest has led to large declines in prices, leaving millions of farmers in debt.

The debt waivers come at a time when state finances are under pressure, compelling some of them to slash capital spending to keep their budget deficits in check.

In the telecoms sector, the entry of Reliance Jio has dramatically reduced prices, hitting corporate profits. Similarly, a marked decline in the price of renewable energy has put thermal power companies in a spot.

There is little surprise then that a number of economists including those in the government have begun sounding warnings.

Still, there is a good chance of Thursday`s data throwing an upside surprise, thanks to a favourable GDP "deflator". The federal statistics office uses the deflator to strip out price changes to make quarters comparable.

The GDP deflator is expected to decline by as much as 200 basis points from the March quarter due to a sharp cooling in inflation, imparting an upside bias to real growth figures.

The federal statistics office will release the data at 1200 GMT.

Sustained growth of 7 to 7.5% for next 25 years achievable, says Bibek Debroy