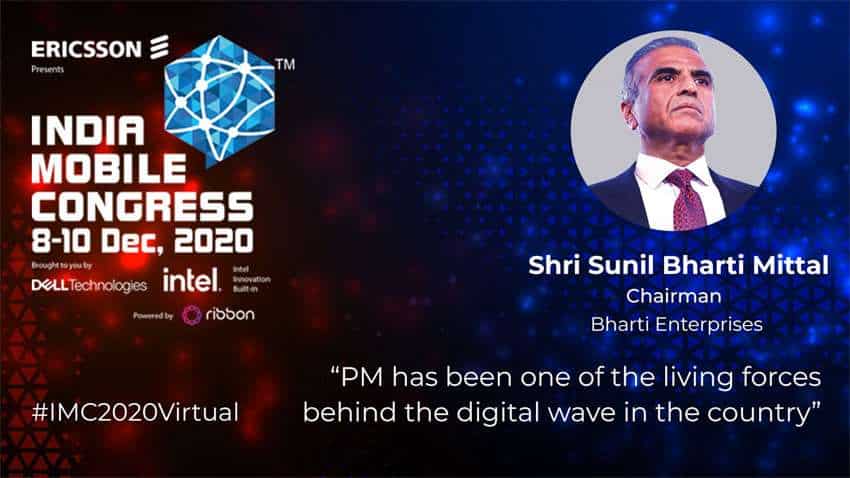 Terming space as the "next frontier of communications", Mittal said India's proactive lead in the space industry and Indian Space Research Organisation (ISRO) and Department of Space's call to private sector, would ensure that advantages move in the country's favour in space communication industry, as well.

Speaking at India Mobile Congress 2020, a virtual event this year, Mittal said that onset of pandemic has accelerated digital adoption of various products and services. The force multiplier of pandemic has pushed digitalisation of the country, he added.

The next-generation 5G would start to become the norm in the mobile broadband space in next two-three years.

"As world settles down on 5G space, pricing of the equipment comes down and importantly the devices start getting available in plentiful, I think India in two-three years' time will be ready to receive the benefit of the investments that the globe would have made on 5G standard and 5G ecosystems," Mittal said.

Mittal said he is upbeat about Bharti Enterprises' entry into space, which is the "next frontier of communications".

"PM has shown tremendous foresight in putting out a consultation paper to invite private sector into space industry to launch satellites, to manufacture satellites, to start satellite communications and I am glad, we have taken an early call in partnership with British Government to set up world's first LEO (low Earth orbit) constellation satellite system to provide broadband connectivity to every square inch of the world," he said.

Mittal exuded confidence that given India's lead in the space industry and ISRO and Department of Space's call to private sector, advantages would move in India's favour in space communication industry as well.

TRAI will have another round of talks on OTT issue, says Sunil Mittal

Dalal Street Corner: Markets close at 3 months high; what should investors do on Tuesday?