The Iranian side expressed its readiness to enhance enabling environment to attract Indian private/public sector investments, in Chabahar FTZ, the statement said. 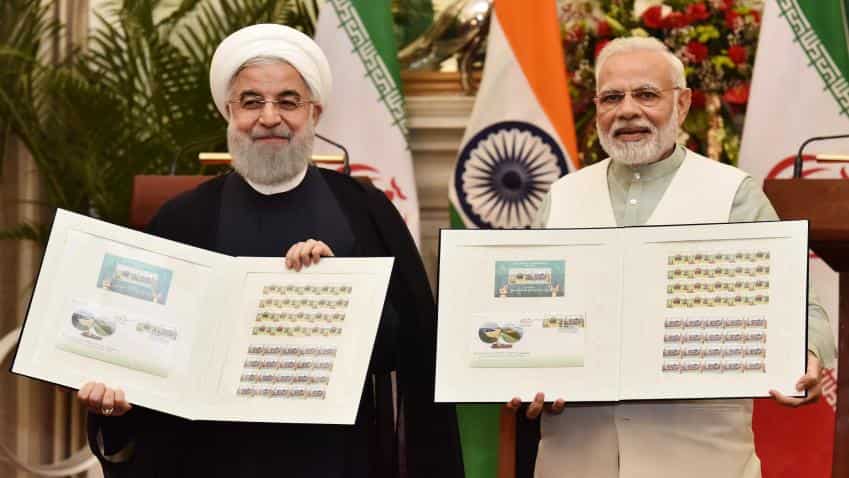 India and Iran today signed an Agreement for the Avoidance of Double Taxation (DTAA) and the Prevention of Fiscal Evasion with respect to taxes on income.

The agreement is on similar lines as entered into by India with other countries.The agreement will stimulate flow of investment, technology and personnel from India to Iran and vice versa, and will prevent double taxation, the Finance Ministry said in a statement.

The agreement will provide for the exchange of information between the two contracting parties as per latest international standards. It will improve transparency in tax matters and will help curb tax evasion and tax avoidance.

After talks between visiting Iranian President Hassan Rouhani and Prime Minister Narendra Modi, the two nations also agreed to look at the feasibility of a Preferential Trade Agreement as well as reviving the Asian Clearing Union which was used for oil and other trade till US imposed sanctions on the Persian Gulf nation, according to the joint statement issued after the bilateral meeting of heads of two nations in Delhi.

"The two Leaders agreed on the deepening trade and investment cooperation between the two countries. In this context, they recognised the need to put in place an effective banking channel for business transactions. It was noted that permission for the Iranian Pasargadbank to open a branch in India was under advance consideration," the joint statement said.

According to the statement, "It was also agreed to set up a Joint Committee of officials to examine feasible options, including Rupee-Rial Arrangement, Asian Clearing Union mechanism to establish functional payment channels."

Noting the complementarity of interests and natural partnership in the energy sector, it was agreed to move beyond traditional buyer-seller relationship and develop it into a long term strategic partnership, both sides agreed to continue and increase the pace of negotiation for reaching appropriate results on energy cooperation, including Farzad B gas field.

"India fully supports the accession of the Islamic Republic of Iran to the World Trade Organization and the ongoing consensus building efforts among WTO members to reactivate the accession process, consistent with the objective of making the Organization universal and inclusive," it said.

Both sides reiterated their commitment for early and full operationalisation of ShahidBeheshti Port at Chabahar, it said, adding that the Iranian side welcomed the investment of Indian side in setting up plants in sectors such as fertilisers, petrochemicals and metallurgy in Chabahar FTZ on terms mutually beneficial to the concerned parties.

The Iranian side expressed its readiness to enhance enabling environment to attract Indian private/public sector investments, in Chabahar FTZ, the statement said.

In this context, Iran will organise a business promotion event, with participation of countries from the region and beyond, with the objective of showcasing the economic opportunities offered by the Chabahar Port, it added.

Following MoUs between trade bodies have also been signed on the sidelines of the visit:

The Dark Squad Contest: Tata Harrier Dark owners can participate; here is how- check date, gratification and other details