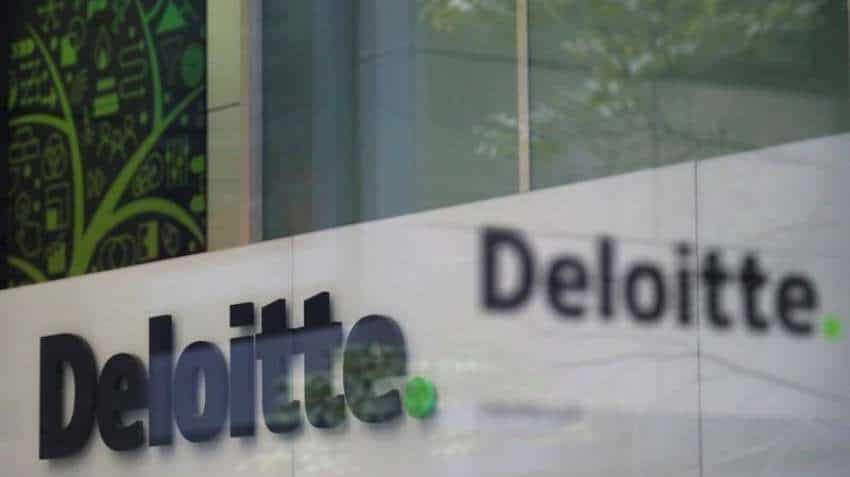 India is likely to post a 6.5 per cent to 7.1 per cent economic growth during the current financial year 2022-23 amid rising inflation and impending global slowdown, Deloitte India said in a report.

The persistent inflation has challenged policymakers over the past few months. Despite the Reserve Bank of India (RBI) raising interest rates by 1.9 percentage points since April 2022, inflation has remained above its tolerance range for over 9 months now.

To add to this, the runaway dollar is causing import bills to soar and further pushing inflation up. An impending global slowdown or even a recession in a few advanced nations as early as the end of 2022 or early next year is likely to make the situation worse.

"The seemingly unending saga of global economic uncertainties has begun to negatively impact India's main drivers of growth. So volatile is the current economic environment that if one is looking for certainties from the recent data releases, it is unlikely that a consistent outlook will emerge," Deloitte said.

Deloitte expects "India to post a 6.5-7.1 per cent growth during FY22?23 (April 2022 to March 2023) and 5.5-6.1 per cent the following year contingent on the revival of the global economy and improving economic fundamentals."

"We expect the upcoming festive season could give a much-needed boost to the consumer sector, which has not yet shown a sustained revival. Credit growth in the industry and services sector has also risen remarkably, suggesting that prospects for capex investments by the private sector are brighter.

"Sustained demand growth may be the most-awaited cue for a sustained push for investment. Exports and government spending may not support growth as much owing to moderating global demand and limited resources at disposal, respectively," said Rumki Majumdar, Economist, Deloitte India.

Downside risks of higher inflation and commodity prices, and currency depreciation are significant.

The RBI's emphasis to anchor inflation expectations by tightening credit conditions may also thwart the spiralling of prices.

"However, the fall in prices may be short-lived if a sustained demand improvement exceeds supply (given the low investment and capacity building for a prolonged period), leading to overheating of the economy," it said. "Similarly, despite easing commodity prices, the current account may remain a concern as India's growth path will likely defy the global slowdown, resulting in higher imports than exports."

The unknown, however, is the rupee value against the US dollar.

The Indian rupee's depreciation against the greenback is more due to the appreciation of the latter owing to the flight to safety among global investors amid global uncertainties.

"The domestic currency is appreciating against the euro, pound, and yen, suggesting that the macroeconomic fundamentals of the Indian economy remain strong," Deloitte said, adding the path to recovery has been lengthier than expected at the start of the year.

"There are too many variables that blur the outlook, and we will likely have some clarity over the next few months as we assess the energy crisis in Europe and the slowdown in China and the US," it said.