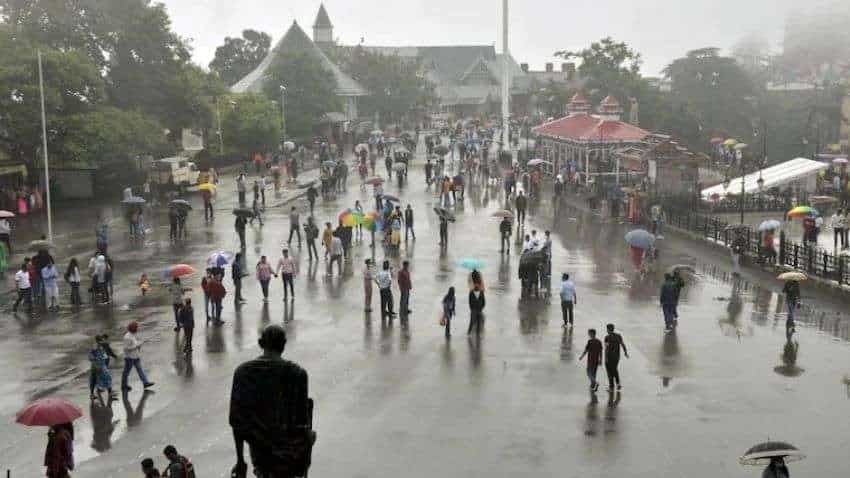 As a result of this weather condition, more than 50 devotees from Punjab and Himachal trapped in Udaipur in Lahaul-Spiti sheltered in safe place.

The Met Department has forecasted heavy rain in Uttarakhand till August 2, 2021. Heavy rain is likely to occur in Uttarkashi, Dehradun, Tehri, Pauri, Nainital, Bageshwar and Pithoragarh districts on Friday and orange alert has been issued in these districts.

Furthermore, yellow alert has been issued in Dehradun, Nainital, Bageshwar and Pithoragarh for Saturday and Sunday. Heavy rainfall is likely to occur in these places.

Landslides have taken place in Uttarakhand due to the rainfall.

The IMD has issued orange alert for heavy rainfall in 15 districts of Madhya Pradesh. Heavy rains, coupled with thundershowers and lightning, are likely to lash isolated places of Tikamgarh, Chhatarpur, Sagar, Datia.

Madhya Pradesh Chief Minister Jairam Thakur is expected to visit Lahaul today. More than 100 tourists are stranded in Udaipur, Lahaul but they are safe.

The IMD has issued red and orange alerts for heavy rains in several districts of Rajasthan on Friday.

Heavy to very heavy rain ranging between 115mm and 204 mm is expected to take place in Nagaur, Sikar and Ajmer districts. Also, red alert has been issued for these places.

Heavy rain is also expected in Jaipur, Jhunjhunu, Tonk, Kota, Bhilwara, Baran, Churu and Jhalawar districts for which the department has issued an orange alert.

IMD Monsoon forecast: No rains for next 3 days Delhi-NCR!

Delhi Rain Alert! Get ready for a rainy week; IMD says this