Data furnished by the Ministry of Commerce and Industry showed that in comparison to September 2019, last month's exports rose by 28.51 per cent. 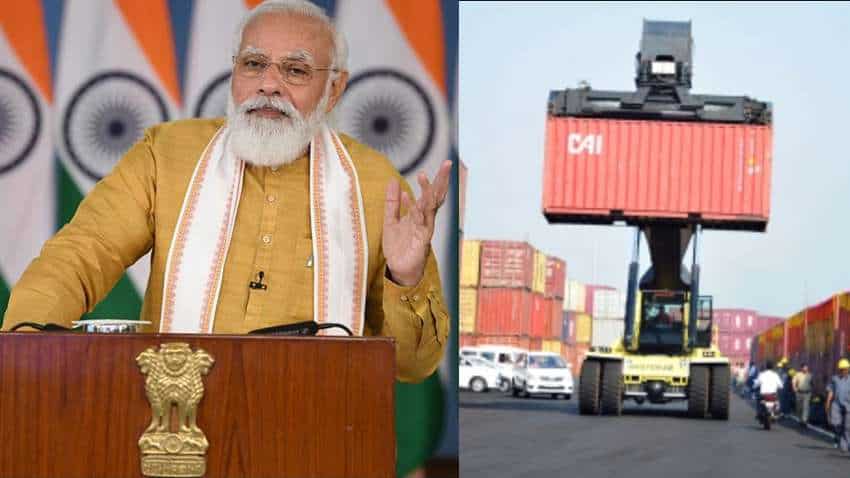 Data furnished by the Ministry of Commerce and Industry showed that in comparison to September 2019, last month's exports rose by 28.51 per cent.

The data showed that September merchandise exports were higher by 84.75 per cent, on a year-on-year basis, at $56.38 billion from $30.52 billion reported for the corresponding month of last year. Ronak Chiripal, CEO of Nandan Terry, says, "PM Narendra Modi's ambitious 'Aatmanirbhar Bharat' mission is now showing a major impact on the ground. India is the country that not only curbed the 2nd wave of coronavirus timely but turned the crisis into an opportunity too amid the Covid-19 pandemic."

"The performance of the services sector has also been excellent, and despite the pandemic, almost 97 per cent of 2019-20 service export levels were achieved in the last FY. Sector-specific interventions, involvement of all the stakeholders, functioning of the government, simplification of procedures, the extension of timelines and licences have also resulted in the record performance of exports," adds Chiripal.

"Due to the boost given by the government by means of various promotional initiatives including the PLI scheme, now exports hold nearly 40% contribution in India's GDP. And, this is yet another step towards a self-reliant India. Keeping the highest-ever merchandise exports of $95 billion in the April-June quarter of the current fiscal year in mind, India is gearing up to establish new records in exports in coming years. Going by the performance in the first quarter of the fiscal, an ambitious target of $400 billion exports has been set for 2021-22," Chiripal further added.

"India showcased overwhelming export performance as compared to major economies of the world. As compared to April 2019, India's exports growth during April 2021 was higher than other major advanced economies like the European Union, Japan, the US, South Korea, and the UK. With a clear vision and focus, India is poised to further create major milestones and benchmarks in terms of exports. At the moment, the entire world knows that India is a trusted and reliable partner because India has the capability to provide quality products and services on time," Chiripal concluded.

Tariff-rate quota: India notifies 8,424 tonnes of raw sugar exports to US under TRQ