Finance Minister Arun Jaitley in February 2017 announced India's Union Budget 2017-18 in Lok Sabha. So far two quarters have completed and the performance of the government's account in this period provides better picture of where India's economy stand. 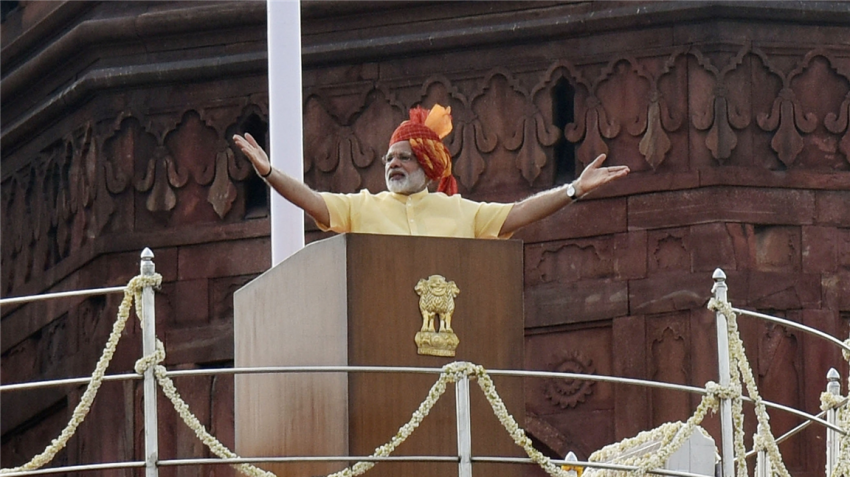 The first half of fiscal year 2017-18 (1HFY18) has ended and a lot has changed in the Union government's accounts during the period.

Let's have a look at government's fiscal situation after two quarters of FY18 (April - September 2017 period).

Between April - September 2017, actual revenue receipts have reached to Rs 6.23 lakh crore or 41.1% of the year-end target. Such is gradually lower compared to the perfomance in the corresponding period of the previous year - where it stood at 41.2%.

For FY18, the government has budgeted revenue receipts estimate at Rs 15.2 lakh crore - which accounts around 71% of the total budgeted receipts.

Tax revenue accounted for 87% of total revenue receipts by end of September 2017. 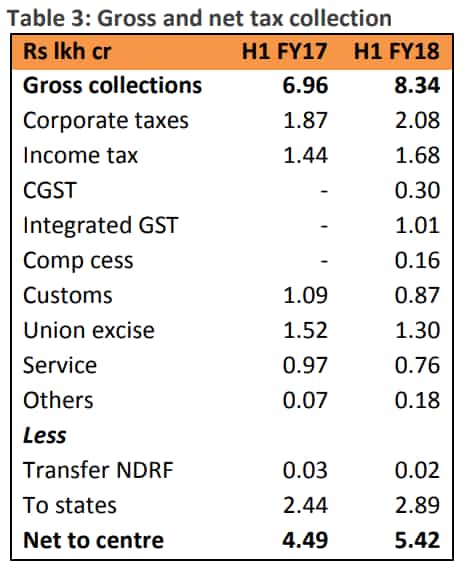 According to Care Ratings report, tax revenue raised due to indirect taxes in FY17 in the pre-GST period.

Total Receipts (combining revenue receipts and non – debt capital receipts) were budgeted to be Rs 16 lakh crore - of which Rs 6.5 lakh crore has been achieved as of September 2017.

Such would be 40.6% of the BE and is sequentially higher than the 40.1% witnessed a year ago same period.

Analysts at Care Ratings stated that next six months would be critical for achieving the target as a lot will depend on net GST flows from indirect taxes, successful completion of the ambitious disinvestment programme and stronger performance from PSUs to pass on dividend.

Government has spent Rs 11.5 lakh crore by September 2017 - accounting 53.5% of BE which stands at Rs 21.5 lakh crore for FY18. It is higher in comparison with 52% recorded in the previous year during the same period.

Deficit levels this year are higher than those last year and adherence to the fiscal targets for the year. Government has been committed in maintaining its Fiscal Deficit target of 3.2% after launch of GST.

Fiscal deficit as of September 2017 stands at Rs 4.98 lakh crore - which is 91.3% of the full year target of Rs 5.46 lakh crore. Under this - revenue deficits and primary deficits have surpassed the governments BE by a whopping 118% and 1164.7% respectively.

Market borrowings have been the main source of borrowing so far with draw down of cash contributing to the ultimate gap.

For outlook ahead, Care Ratings said, " Presently there is no revealed intention of crossing this mark and hence the flow of revenue will be critical. The outcome of GST in terms of tax revenue and the ability of the government to push forth the disinvestment programme will be important ingredients of the final picture."

It added, "There is still more than half the budgeted capex that has to be incurred during the course of the year and this will be a driving factor of growth this year."

Government’s plan on recapitalization of banks will also be keenly watched in terms of both the absolute direct contribution made to the capital.

Rupee rises 5 paise to close at 81.66 against US dollar