Homebuyers alert! Bought flat from hard-earned money but didn't get possession? Good news for you from Modi government

If you are among those who are still waiting for the possession due to stalling of housing projects, here is good news for your from Modi government. 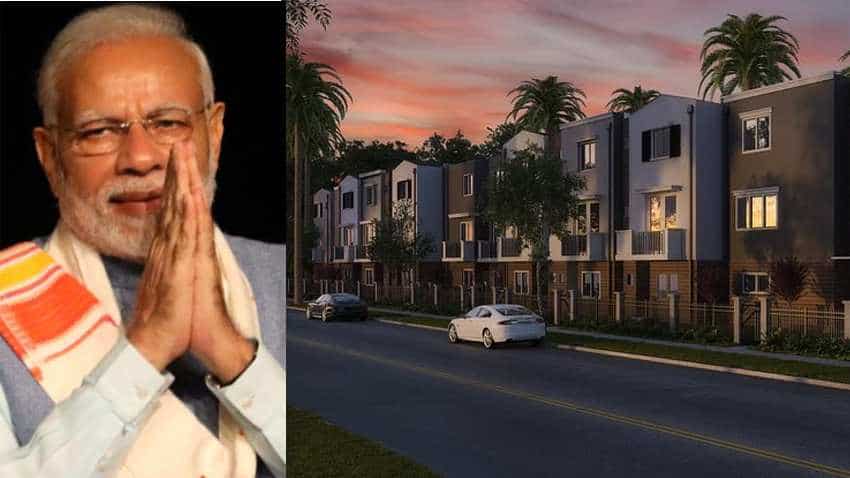 Modi government had announced a Rs 25,000 crore stimulus package for the ailing real estate sector earlier this month. Photos from Reuters and Pixabay.

There is a chunk of people who invested their entire hard-earned money to purchase a flat in some housing project but still awaiting possession of their dream home. Don't worry! If you are among those who are still waiting for the possession due to stalling of housing projects, here is good news for your from Modi government.

According to the latest development, Modi government's special window for stalled housing projects will be operational in 2 months and the funds will be disbursed starting the new year, Economic Affairs Secretary Atanu Chakraborty said on Friday, as per IANS. "We hope to welcome the new year with the first disbursal of the Special window for stalled housing projects which will be operational in 2 months," Chakraborty said.

Finance Minister Nirmala Sitharaman had announced that the government plans to give impetus to the housing market to revive over 1600 stalled housing projects covering 4.58 lakh units.

The Centre will infuse Rs 10,000 crores into the real estate market to revive stalled housing projects across the nation. Another Rs 15,000 crores will be contributed by LIC and SBI.

Apart from Rs 25,000 crores from Centre, SBI and LIC, the sovereign and pension funds have also agreed to invest in the market.

- The funds will be used to provide priority debt financing for the completion of stalled housing projects in the affordable and middle-income housing sector.

- The fund will provide relief to developers with unfinished projects and ensure delivery of homes to buyers.

- If the developer has not declared liquidation, they can avail the cover, the government said, as per IANS.

"For purposes of funds to be set up, the government shall act as sponsor and total funds committed by the government would be up to Rs 10,000 crores. Funds will be set up as Category-II Alternate Investment (AIFs) Fund registered with the Securities and Exchange Board of India (SEBI)," Sitharaman had said.

It is expected that the decision will also generate considerable employment, revive demand of cement, iron and steel industries and relieve stress in other major sectors of the economy.

Wealth Guide: Pre-construction tips for buyers! Must check these details to ensure quality of your new home

Real Estate: Strong revival! 31 new shopping malls to be operational by end of next year

Real Estate: Delhi-NCR ranks 10th in the list of most expensive office market in Asia Pacific

Wealth Guide: Real Estate - Should you buy a second home instead of retirement planning? Expert suggests this