HISTORY CREATED in SUPREME COURT! This happened for the 1st TIME EVER - All you need to know

For the first time ever, nine new judges took oath of office at one go, taking the working strength to 33. 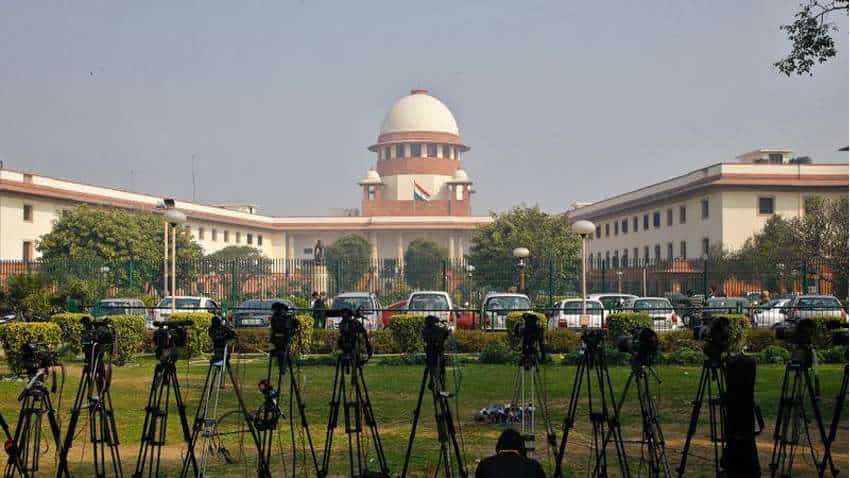 The strength of the Supreme Court judges has now risen to 33, including the CJI, out of the sanctioned strength of 34. Reuters pic.

It's a big moment for the Indian judiciary system as history was created in the Supreme Court on Tuesday. For the first time ever, nine new judges took oath of office at one go, taking the working strength to 33, as per a report by news agency PTI.

The strength of the Supreme Court judges has now risen to 33, including the CJI, out of the sanctioned strength of 34.

-- Justice Oka: Born in May 1960, the senior-most of the nine judges, he was Chief Justice of the Karnataka High Court before being elevated to the apex court. Before that he was a judge of the Bombay High Court.

Passed several orders in COVID-19 related matters including on plight of migrant workers.

In line to become the CJI upon retirement of apex court judge Justice Surya Kant in February 2027.

Led the Gujarat High Court bench which stayed the operation of some sections related to interfaith marriages of the state's new anti-conversion law. The Gujarat Freedom of Religion (Amendment) Act, 2021, which penalises forcible or fraudulent religious conversion through marriage, was notified by the state government on June 15.

Born on June 29, 1961, he was Chief Justice of the Sikkim High Court before being elevated to the top court.

-- Justice Kohli: Chief Justice of the Telangana High Court before the elevation.

Born on September 2, 1959 in Delhi, Justice Kohli did LL.B from the Campus Law Centre in Delhi University Standing counsel and Legal Advisor of the New Delhi Municipal Council at the Delhi High Court from 1999-2004.

She dealt with matters related to COVID-19 in high courts of Telangana and Delhi and passed several orders to assuage the hardships faced by citizens.

In line to become the first woman CJI in September 2027, she was a judge of the Karnataka High Court before being elevated to the apex court.

Born on October 30, 1962, she is the daughter of former CJI E S Venkataramiah.

To succeed Justice Nath as the CJI, she will have a tenure of over a month as the head of the judiciary.

Appointed as additional judge of the Karnataka High Court in February 2008 and later appointed as permanent judge there.

Passed several notable orders, including on matters related to COVID-19 including problems faced by migrant workers.

Sworn-in as additional judge of the Kerala High Court in January 2009, he was appointed as a permanent judge there with effect from December 15, 2010.

Born in January 1960, he obtained law degree from the government law college, Kozihkode and was enrolled as an advocate in July 1986.

Born in June 1960, was a judge of the Gujarat High Court before being elevated to the apex court.

Elevated as a judge of the Gujarat High Court in February 2011.

A senior advocate before being elevated to the bench directly from the bar.

A former Additional Solicitor General, he also in line to become the CJI, succeeding Justice Nagarathna. Will have a tenure of over six months as the CJI.

As senior advocate, appeared in several important matters in the apex court including the historic Ayodhya case. The top court had cleared the way for construction of Ram Temple at the disputed site and directed the Centre to allot a five-acre plot to the Sunni Waqf Board for building a mosque.

As a law officer, he had represented the Centre before the top court in the case related to shooting of two Indian fishermen by two Italian Marines.

PM Modi Security Breach: Supreme Court to take up the matter on Monday