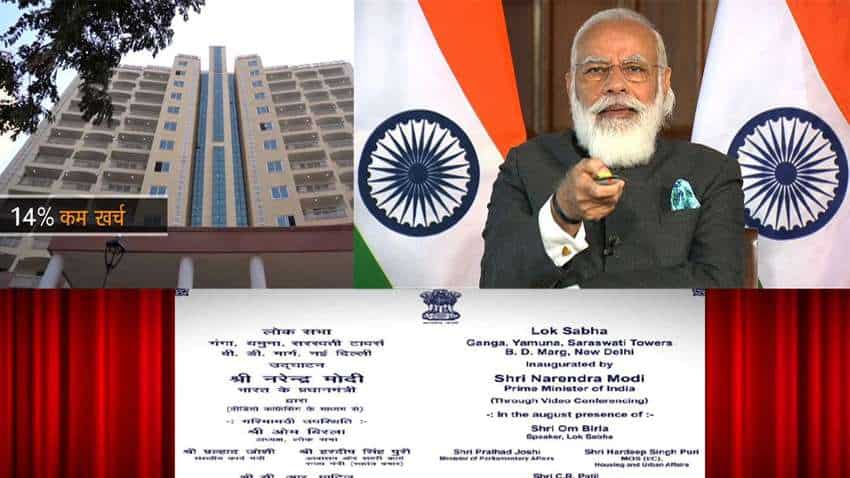 These flats are located at Dr B D Marg in New Delhi. Eight old bungalows, which were more than 80 years old, have been redeveloped to construct 76 flats. PIB pic.

In a major development, Prime Minister Narendra Modi on Monday inaugurated Multi Storeyed flats for Members of Parliament through video conference. These flats are located at Dr B D Marg in New Delhi. Eight old bungalows, which were more than 80 years old, have been redeveloped to construct 76 flats.

Speaking on the occasion, PM Modi said that Green Building norms have been incorporated in this Multi Storeyed flats for the Members of Parliament. He hoped that these new flats will keep all the residents and the MPs safe and sound. He said accommodation for the Members of Parliament has been a long standing problem but it is now solved. He said decades old problems don’t end by avoiding them, but by finding solutions.

The Prime Minister remarked that all the MPs have taken care of both the products and the process in the productivity of Parliament and have attained a new height in this direction. He praised the Lok Sabha Speaker for his stewardship of the house in a productive and procedurally sound way. He expressed happiness that Parliament proceedings continued even during the pandemic, with new regulations and several precautionary measures. He added that both houses worked even on weekends for ensuring smooth proceedings in the Monsoon Session.

He expressed confidence that the next (18th) Lok Sabha will also play a very important role in taking the country forward into the new decade.