Here's where GST, demonetisation took India's economy in one year of Diwali

Performance during Diwali festive season serves as a barometer of the health and strength of businesses and the Indian economy as a whole. 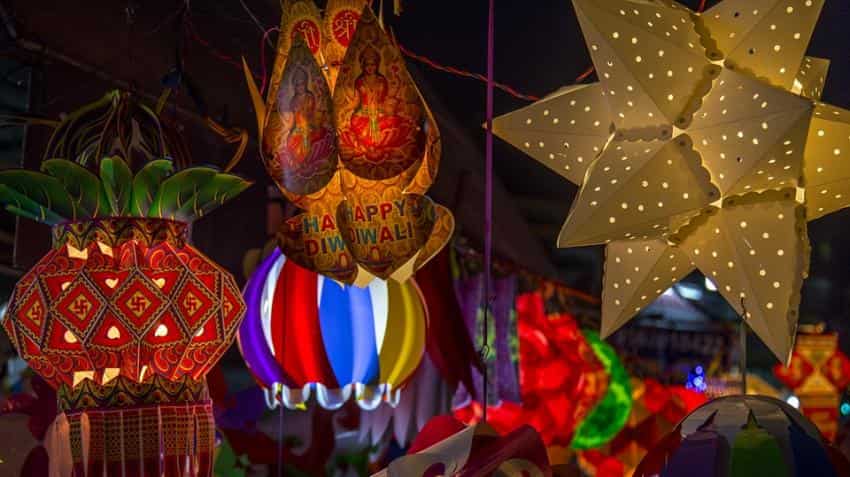 Generally Diwali festive is a period of consumption, investment and heightened economic activity in India.

India's domestic consumption driven economy which accounts mainly 56% of GDP – thus the demand and sales during Diwali plays an important role and dictate the performance of economic indicators for the year as a whole.

Interestingly, this year Indian economy has seen major structural changes in last one year of Diwali – not to forget the demonetisation move in November 2016 which was immediately after previous Diwali, followed by implementation of Goods and Services Tax (GST) on July 01, 2017.

Together these two changes in India have caused some disruptions on the demand and supply side.

Here's how key indicators of Indian economy has performed in one year of Diwali.

Quarterly GDP growth has seen a sharp deterioration since Q3 FY17 and have reached at three-year low of 5.7% in first quarter of FY18 (Q1 FY18).

Decline in GDP in the last 3 quarters can be largely attributed to the demonetization and GST related disruptions. Government has been the leading sector in Q1-FY18. Peformance across sectors has moderated in recent quarters.

Agricultural output in FY18 could be lower than that last year. The kharif output for FY18 as per the 1st advance estimate is 3% lower to 134.67 million tonnes till September 2017 – compared to 138.52 million tonnes a year ago same period.

Factory output or IIP growth declined to 2.6% in December 2016 (following demonetisation) from 5.7% in November 2016. Decline in IIP continued from March 2017 after the base effect of this indicator was changed to 2011-12.

Retail inflation has been showing mixed pictures in last one year- It did tumbled to 3.2% in January 2017 after demonetisation move ended on December - but also saw consist decline from March 2017.

Inflation has firmed by over 2% since Jun’17, driven by the increases in non-food items viz. housing, transport, clothing etc.

On the other hand, core inflation has been rising and draws attention to the price pressures in the economy. CPI inflation however continues to be lower than the RBI’s target rate of 4%. 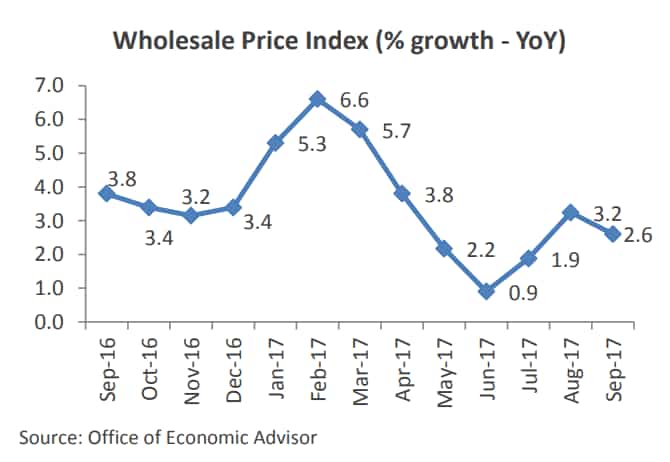 India's policy repo rate stands at 6% which is lowest since 2010. From October 2016 – June 2017, policy repo rate under liquidity adjustment facility (LAF) were kept unchanged at 6.25% by the monetary policy commitee (MPC) team. 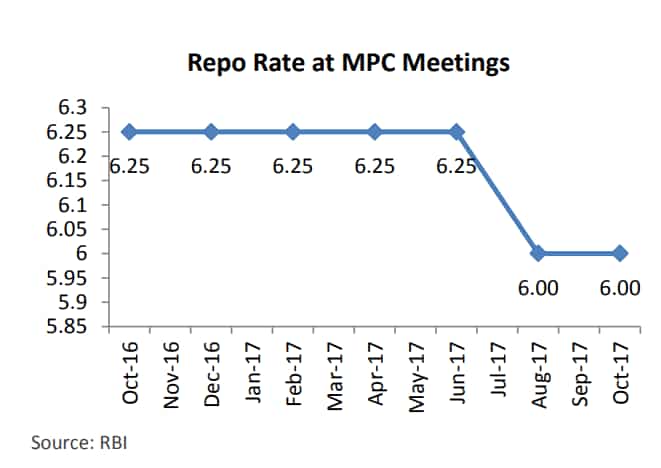 Although the RBI has cut policy rates, banks have been slow in transmitting the rate cuts to their borrowers.

Bank credit growth saw a sharp decline immediately after demonetization. It has been lackluster since the beginning of the fiscal with credit offtake across sectors being low/weak. The growth in bank credit continues to be led by retail loans.

While deposit growth has moderated/normalized since then. The recent moderation can in part be attributed to the growing investor preference for other financial instruments/markets that offer higher returns viz. mutual funds.

Surplus liquidity in the banking system has lowered the yields of GSecs. Yields have risen since Sept’16 with firming inflation that lowers the chances of further rate cuts by the RBI.

US Treasuries yields have risen in the last 12 months with the US Federal Reserve raising interest rates (Mar’17 and Jun’17) and moving toward unwinding/unloading its portfolio of bonds that it has accumulated since the financial crisis of 2008.

Corporates have been increasingly tapping bond markets for their funding needs given the stress in the banking system that has been curtailing bank lending. However, it stood at Rs 37,867 crore by end of September 2017 – lower from Rs 55,398 crore of previous month.

Imports have been growing at a higher rate than exports in recent months, widening the trade balance.

Trade deficit has narrowed to its lowest in last 7 months in Sept’17. The widening trade balance has been pressuring the current account deficit which has risen in FY18.

Forex reserves have risen to record levels (over $ 400 bn) driven by the rise in foreign inflows. This has led to the appreciation in the rupee.  The present level is almost Rs 4 lower than the peak witnessed in Nov-Dec.

FDI inflows have been lower since Nov’16. The inflows aggregated $28 billion during the 7 month period Apr-Oct’16. FDI inflows were $22 billion for the subsequent 7 months i.e. Nov- May’17.

FII inflows have predominantly been in the debt segment and have been driven by the yield differentials between domestic debt securities and those of other global markets coupled with the fairy stable currency. Since Mar’17, debt inflows have totaled $21.3 billion, compared with the net outflows of $ 6 billion during Oct’16-Feb’17.

Corporate performance based on the sample of 3,102 companies (including banks and oil companies) indicated a growth of 10% in net sales in Q1FY18 - 5% higher than the growth registered in the corresponding period last year.

However there been a contraction of (-) 20% in net profits during Q1FY18 (highest in the last 5 quarters) compared with the growth of 25% witnessed in the preceding quarter (Q4 FY17).

Diwali Party Games: Play these games with family and friends this evening

Muhurat Trading 2022 EXCLUSIVE: Why It Should Be The 1st Step In Your Investment Journey - EXPLAINED